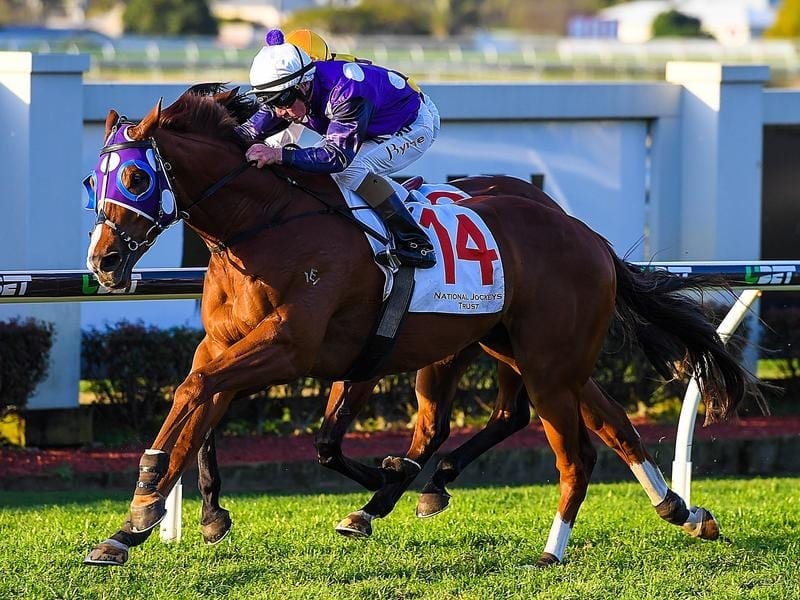 Trainer Kelly Schweida will run Shogun Sun at Doomben rather than the Rockhampton Newmarket.

Trainer Kelly Schweida has resisted the temptation to set Shogun Sun for the Rockhampton Newmarket and instead will again try the unlucky gelding at 1600 metres in Brisbane.

It is the start of the northern carnival in Queensland which carries more than $3 million prize money.

Shogun Sun was scratched from the Glasshouse Handicap at the Sunshine Coast on Saturday after the track was saturated with more than 130mm of rain in the previous week.

Schweida gave Shogun Sun a strong chance to win the Glasshouse but thought it would be useless running on a wet track.

The only suitable open feature race available was the Rockhampton Newmarket but Schweida felt at this stage of his campaign the 1300m could have been too short.

“I will take just Stella Ombra for the Newmarket. I have had the race in mind for him for weeks,” Schweida said.

“Shogun Sun can stay in Brisbane and I will try him at 1600 metres in the Class Six on Saturday at Doomben.

“It probably isn’t ideal for him but he might as well have another go at the mile now.”

Shogun Sun was a Sydney winner earlier in his career but has been dogged with bad luck in the past 12 months.

His last win was in August last year but he has been minor placed five times since including a third in the Magic Millions Cup.

Shogun Sun’s only other attempt at 1600m was a second at Eagle Farm in April.

Stella Ombra has been minor placed in three of his past five starts and won a trial at Doomben two weeks ago.

“The trial topped him off nicely and he can handle wet and dry tracks,” Schweida said.

Nominations for the Rockhampton meeting close on Monday and with the Cup boosted to $150,000 and the Newmarket to $100,000 capacity fields are expected.