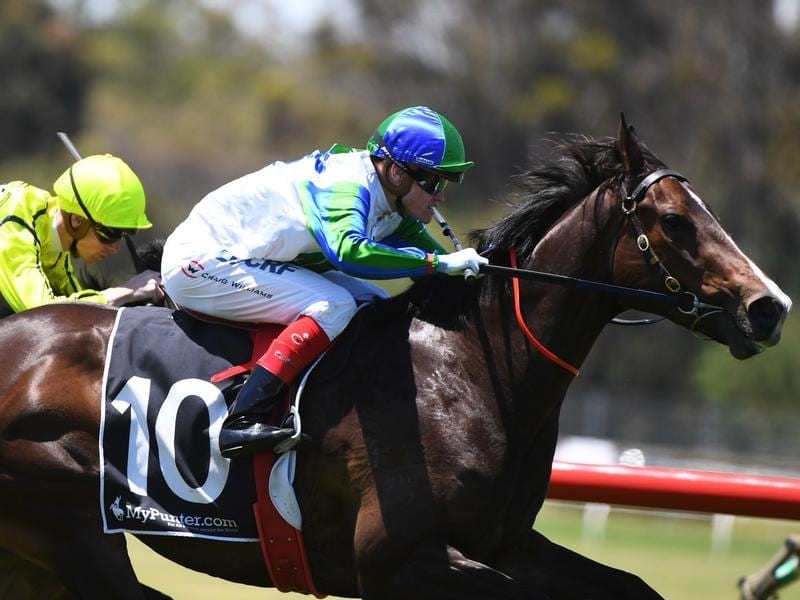 A hefty weight has been offset by a drop in class as Gold Fields made a long-awaited return to winning form at Sandown.

Trainer Logan McGill is now contemplating a summer country cups campaign with the six-year-old after his win in Wednesday’s Le Pine Funerals Handicap.

Winless since taking out the Ballan Cup at Geelong 12 months ago, Gold Fields was seen at his best dispatching the benchmark 70 class field on Wednesday by a comfortable 2-1/2 lengths.

Settling just off the speed, Gold Fields showed a quick turn of foot under Zac Spain to defy his starting price of $19 in defeating Moet Rose and Extreme Bliss.

“I think we’d been riding him a little bit wrong,” McGill said.

“He was able to dictate races in lower grades but left himself a sitting shot when he got up in grade.

“We wanted to come here today, run really well, get his confidence back and then tackle the races we want to be in which are country cups.”

He said what handicapping penalty he receives for Wednesday’s win will have a bearing on which way he heads.

“He’s a great old horse and bobs up when you need him,” McGill said.

“He’s peaked at a 78 before and he got down to something where we could throw him in a race like this and then boost him back up.

“We tried to get him out to 2000 metres last time but he didn’t quite get it and I think a mile sees him out.

Spain’s win on the gelding was his 50th metropolitan victory which reduces his claim to 1.5kg after racing on Saturday.

Craig Williams was impressed with the maiden win of My Pendant in the Mypunter.com Plate.

“The connections look to have a nice progressive filly and if (trainer) Danny O’Brien chooses to go out in trip I would only encourage them to do so,” Williams said.