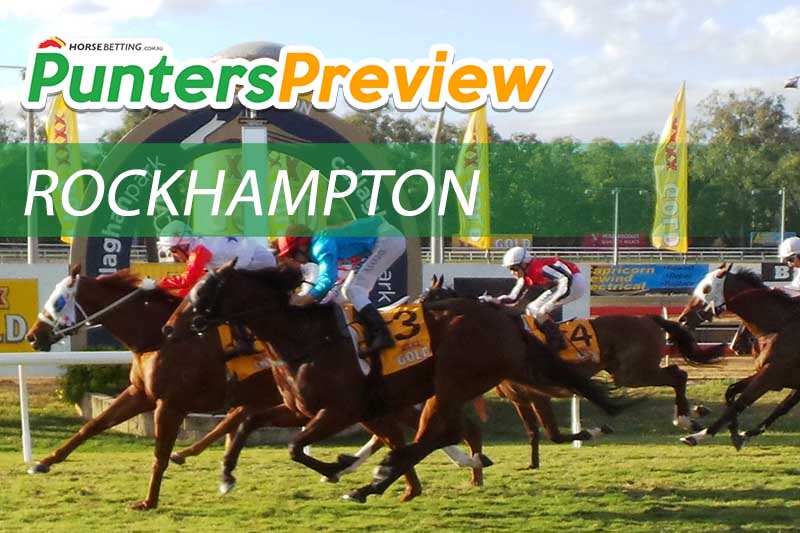 ROCKHAMPTON is Queensland’s meeting for this Thursday and an solid seven race card awaits us.

Rocky is always a great venue for racing and this latter working week meet is no exception. Let’s take a look at which runners were backing.

Looking for a new bookmaker ahead of the Rockhampton’s card?

Flinders Hiway is chasing a hat-trick and we believe it will get the job done here. The horse has recorded two wins to date by a combined total of just shy of five lengths. Expect to see a lot more of Flinders Hiway in the near future.

Dual Personality has placed third in three-straight races and we think it can finally break through at the 21st time of asking. Just once in the last six races has the horse missed a placing and we believe the horse will be right in the mix here.

Wicked Express drops in grade here and will be extremely hard to hold out. Before a second-last placed finish at the Sunshine Coast the horse had won back-to-back races. The Wicked Style three-year-old looks suited here.

Fun For Me stands out in a difficult to read maiden. In its last four runs the horse has finished second on two occasions. In a weak race we think Fun For Me can deliver its first-ever win at the 15th time of asking.

Race 4 tip: Fun For Me to win at William Hill

Our Neddy Boy has won twice and placed a further two times from five runs. The resuming run was terrific when it won at Rocky by just under half a length and the horse loves the track, winning seven races from 21 starts.

Race 5 tip: Our Neddy Boy to win at Neds

Rise To Fame loves Rocky, as a record of four wins and ten placings would suggest from 21 runs. The last-start win at Rocky was powerful and we think from the great draw it will be right in the mix once again.

Race 6 tip: Rise To Fame to win at William Hill

Two of Magic Scene’s three wins have come at this distance in the past and it has also recorded a win and two placings at Rocky. The last-start third at Rockhampton was encouraging and we believe it can end the card in winning fashion.