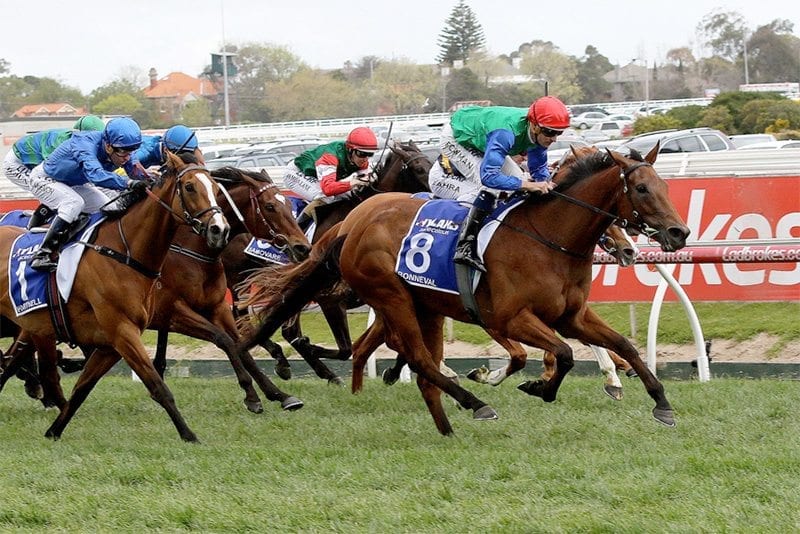 The high-class daughter of Makfi was originally to have headed straight to Australia to resume in Saturday week’s Gr.1 Chipping Norton Stakes (1600m).

The Randwick mile will also mark the reappearance of Winx, but Bonneval’s connections said her presence didn’t influence their programming.

“No, not at all. It’s more of a matter of getting the groundwork into her with what’s to come later on,” said Andrew Forsman, who trains with Murray Baker.

Bonneval will instead run in the Gr.1 Haunui Farm WFA Classic (1600m) at Hawke’s Bay this Saturday with the Gr.1 Bonecrusher New Zealand Stakes (2000m) to follow a fortnight later.

“Matt Cameron will be riding her and I’d imagine he’d be sticking with her for Ellerslie,” Forsman said.
The multiple Group One winner Bonneval hasn’t raced since she was unplaced on a hard track in the Gr.1 Caulfield Cup (2400m).

“We’re really happy with her and Matt rode her when she trialled at Taupo the other day and it was very similar to her trial there before she went to Melbourne in the spring,” Forsman said.

“Taupo is a tight track and she’s a big-striding mare, Hastings will suit her a lot better.

“Matt galloped her yesterday morning and he was really happy and said she had come on a lot.”

“Then there’s the BMW (Tancred) and the Queen Elizabeth, it’s up to the owners and what Winx is up to, but there’s a few options for her over there,” Forsman said.