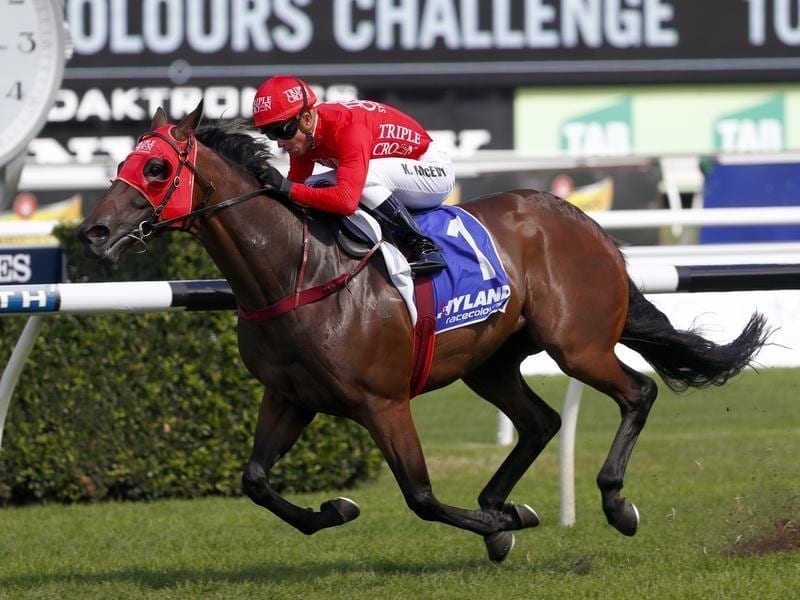 Star sprinter Redzel is doing everything right in preparation for a defence of his Everest crown.

Star sprinter Redzel has come through the first public appearance of his latest preparation in fine order as he continues his build-up towards his defence of The Everest.

Redzel stepped out in a barrier trial at Gosford on Monday and finished second in his 800m heat, doing all co-trainer Peter Snowden wanted to see.

The six-year-old is scheduled to have another trial on August 20 at Rosehill ahead of his planned return in the Group Three Concorde Stakes (1000m) at Randwick on September 1.

“Everything is on track,” Snowden said.

Redzel won the inaugural Everest (1200m) at Randwick last October in his third run of an unbeaten four-start spring preparation.

Snowden believes the gelding’s is building up to this year’s spring carnival in a similar fashion to a year ago.

“You won’t know until you run them but I know the horse quite well and I know he’s really well,” Snowden said.

“His work has been very good.

“He was sharp the other day and he wouldn’t have blown a match out.

“He only had a soft trial but he pulled up really, really well and he’s coming to hand really well.”