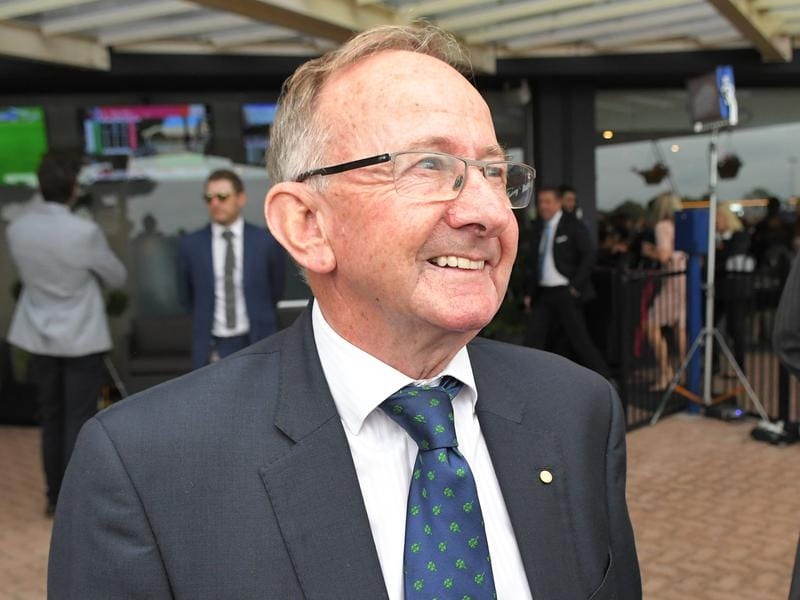 Trainer Ron Quinton is ruing the strength of Sydney’s 2yo crop ahead of Sun Patch’s Rosehill return.

In his quest to find a winnable race for Sun Patch, Ron Quinton has come to the conclusion there is incredible depth in this season’s two-year-old crop.

Sydney’s off-season can usually be a happy hunting ground for trainers looking to get some runs on the board with their later maturing youngsters, especially with the cream of the bunch in Brisbane for the winter carnival features.

But the depth in Saturday’s Southern Cross Turf Handicap (1100m) at Rosehill has the race threatening to upstage the Listed W J McKell Cup (2400m) for top billing on the program.

Heading the field is the Hawkes Racing-trained Exceedance who scored a breathtaking debut win at Wyong when he came from near-last on a track not suited to back markers.

His rivals include four last-start winners along with horses like Spaceboy, Igniting, Rotator and Sun Patch who all bring strong form lines from the early-season races.

“I think the two-year-olds are very strong this year wherever you go,” Quinton said.

“There’s not an easy race anywhere in the two-year-old races at the moment.”

Underlining Quinton’s theory is the fact Sun Patch is $9 in early markets despite boasting some of the strongest form lines in the race.

An impressive winner on debut in February, he was beaten just over four lengths when fifth in the Skyline Stakes with two subsequent Group One winners, Microphone and Castelvecchio, first and third respectively.

Quinton has replicated the colt’s initial preparation by giving him a quiet barrier trial before heading to the races, and the trainer is hoping the horse can get another win or two on the board ahead of a possible transfer to Hong Kong.

“He hasn’t had a long break, but he’s come back well,” Quinton said.

“He’s had the one trial at Hawkesbury where he wasn’t knocked about and we went into his first race only having one soft trial and he performed well.”

After back-to-back wins during the summer, Ljungberg was twice placed behind Vegadaze who franked the form with a fighting second to star colt The Autumn Sun in the Hobartville Stakes.

“That form did come up strong,” Quinton said.

“He’s ready to go. I couldn’t be happier with him.”

Sun Patch and Ljungberg will both be ridden by Quinton’s former apprentice Sam Clipperton.