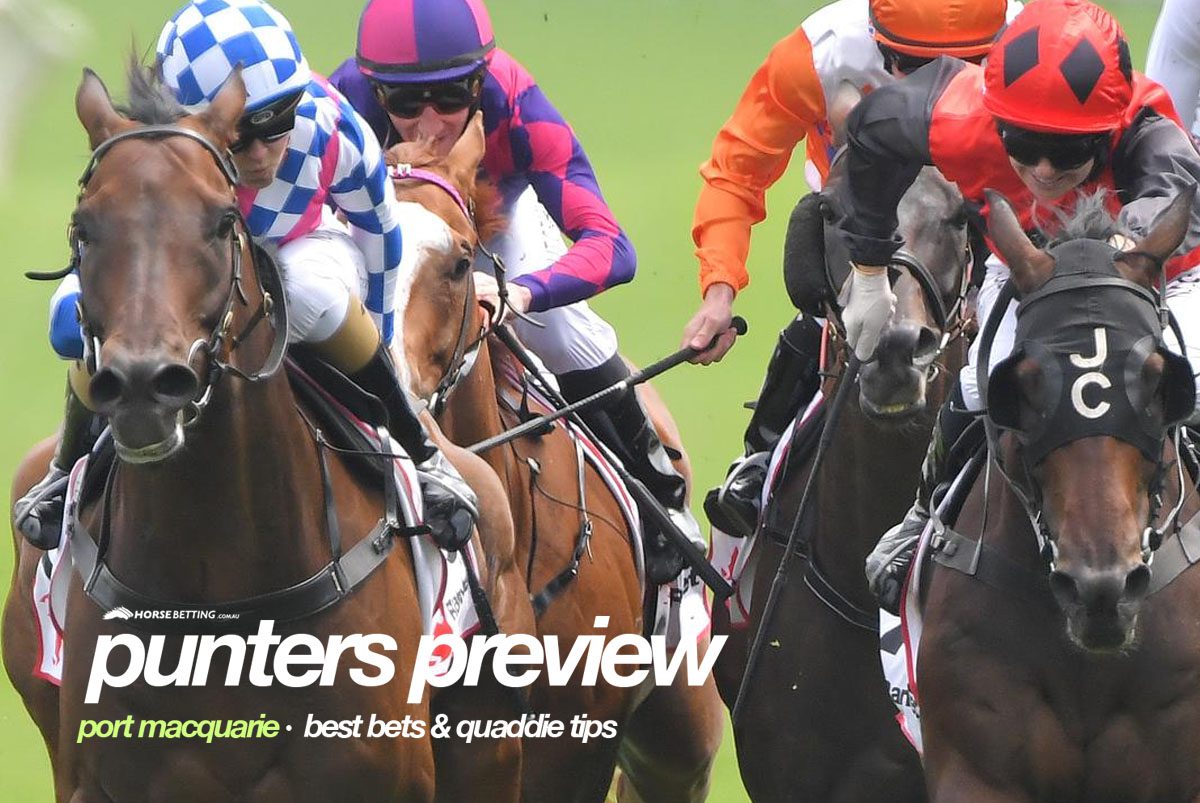 HorseBetting’s New South Wales racing analyst brings you his best bets and quaddie numbers for the eight-race card at Port Macquarie on Friday, including a tip in the featured Port Macquarie Cup. The track is rated a Good 4, the rail is in the true position for the entire course, and the first race is set to jump at 1:20pm AEDT.

Chris Waller has two runners in the Cup and they practically fight out favouritism, with Our Intrigue being the roughest of the two at $4. The two runners come out of the same race at Rosehill, where Achiever did beat Our Intrigue home, but our top pick meets the favourite 0.5kg better at the weight and gets a much kinder barrier to contend with out of barrier four. Grant Buckley will do the riding on the six-year-old mare which is a good push. Our Intrigue probably needs a wet track for us to be getting really invested, but she has the class.

Kim Waugh and Dylan Gibbons combine in the third with Black Jacamar who has been impressive in her first five starts. The four-year-old daughter of Dream Ahead has won two from five and placed in her other three runs, including two third placings at this track at the end of last campaign. Black Jacamar has started favourite in all five career starts, and on Friday she will once again go around as the fancied runner, which we expect her to justify. Drawn barrier four, Gibbons will have the mare out in front for every bit of the 1000m trip.

Eight-year-old gelding Northern Knight has contested some decent races in his 29 start career and comes into this race on the back of a good win at Newcastle on September 18 where he defeated Tim’s Principal. The son of Bon Hoffa has won six races in his career and placed a further nine times, including placings behind At Witz End, King’s Trust and Samurai which reads very well for this. Drawn wide and under the big weight of 60kg, Northern Knight will most likely go forward under Raymond Spokes and be in a prominent position come the business end of the race. The gelding is a winner here at Port Macquarie in the past which should bode well for him here with that experience under his belt.