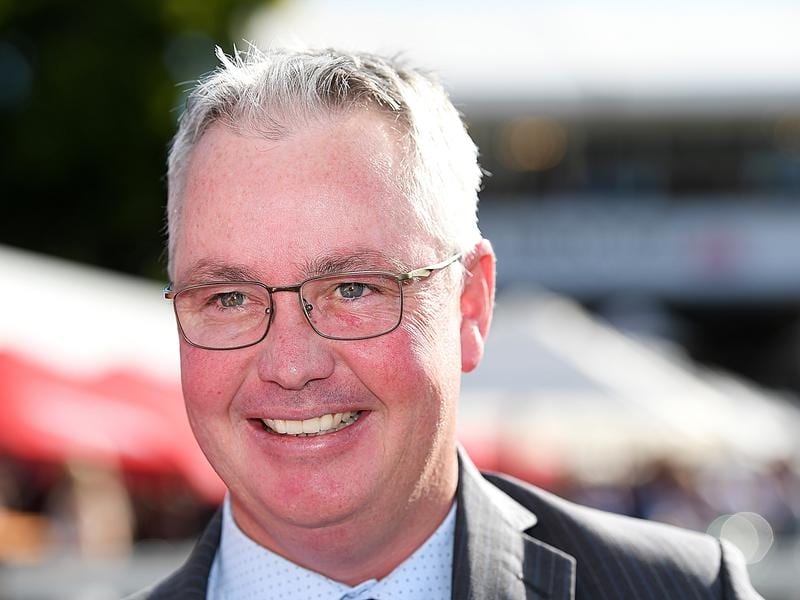 NZ trainer Tony Pike is looking for more Qld G1 glory with 3yo Our Intrigue in the Oaks.

In-form New Zealand trainer Tony Pike knows all about Queensland’s fickle weather but he is hoping the state’s fine patch holds in the lead-up to the Group One Queensland Oaks at Doomben.

Pike continued his great winter when The Bostonian completed the Doomben 10,000-Kingsford Smith double at Eagle Farm on Saturday.

The Bostonian will now chase the Group One Sprint treble in the Stradbroke Handicap on June 8.

Pike believes he will have a strong back-up in the race in Endless Drama.

“He ran on well in the Kingsford Smith after getting back from a wide barrier,” Pike said.

“With a better barrier Endless Drama can run a big race in the Stradbroke.”

Pike thought he had a great chance to claim the Oaks-Queensland Derby double with filly Provocative in 2016.

“As it turned out the Oaks meeting was washed out and they ran the Oaks on the same day as the Derby. Provocative won the Oaks but obviously never got a crack at the Derby,” Pike said.

Pike has an attempt at the Group One Classics double in the back of his mind for Our Intrigue whose campaign in some ways mirrors that of Provocative.

The filly struggled on a heavy track in the Gold Coast Bracelet before going to the Sunshine Coast where she won a 3YO Handicap (2200m) in mid-week company.

“She didn’t go at all at the Gold Coast and we were naturally concerned by another heavy track at the Sunshine Coast but she was too classy,” Pike said.

“She pulled up super and is working really well. She’s a genuine Oaks chance and should have enough prize money to make the field.”

Provocative won at Ipswich to boost her prize money before she contested the Oaks.

Simply Sacred is entered for Ipswich on Wednesday and if she wins Pike could enter her for the Queensland Derby on June 8.

The filly has limited prize money and a win on Wednesday would boost her total to put her on the edge of getting a Derby start.