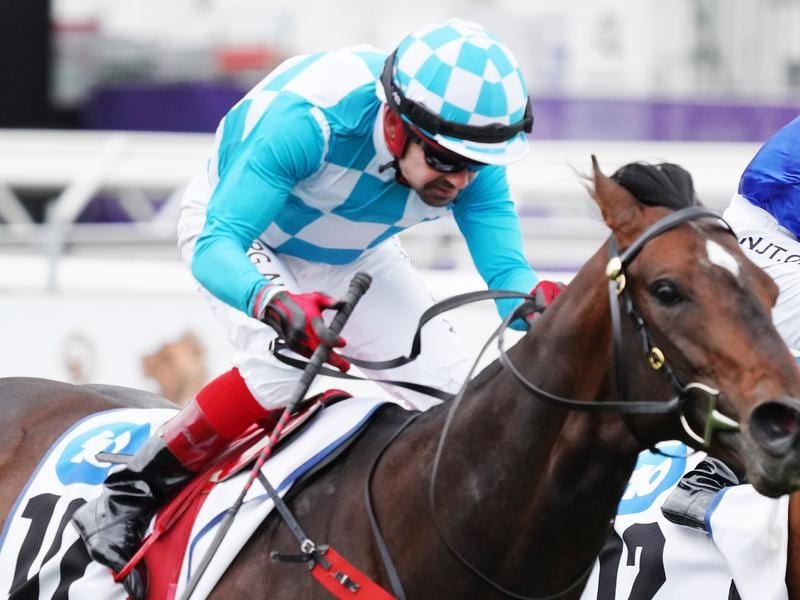 The Lindsey Smith-trained Reykjavik is set to return to Perth for two Group One races.

A crack at two Group One races in Perth await the Lindsey Smith-trained Reykjavik after his hard-fought victory in the Group Three Chatham Stakes at Flemington.

Five-year-old Reykjavik ($11) enjoyed a box-seat run from the inside barrier in Saturday’s 1400m race and he hit the front just inside the 300m under jockey Dean Yendall.

Favourite Admiral’s Joker ($3.60) made his run down the outside from back in the field but could not quite reel in Reykjavik, who scored by a long head with Noble Boy ($9) was another short-head away third.

Smith, who trains in Western Australia and also opened a Warrnambool stable in Victoria earlier this year, said Reykjavik would head back to Perth to contest the Group One Railway Stakes (1600m) later this month and also the Group One Kingstown Town Stakes (1800m) next month.

“It was a good effort,” Smith said.

“He looked good in the yard.

“I thought he might have been a gallop or two short but (Warrnambool stable representative) Maddie Raymond assured me that he galloped quite well on Tuesday morning at Warrnambool.”

Reykjavik has won seven of his 34 career starts and has netted two stakes wins at Flemington this year, with the other the Listed Winter Championship Series Final in July.

Yendall said he landed a bit closer than he initially thought he would be and also hit the front sooner than he anticipated in the home straight.

“But the way that he held on was full of spirit,” Yendall said.