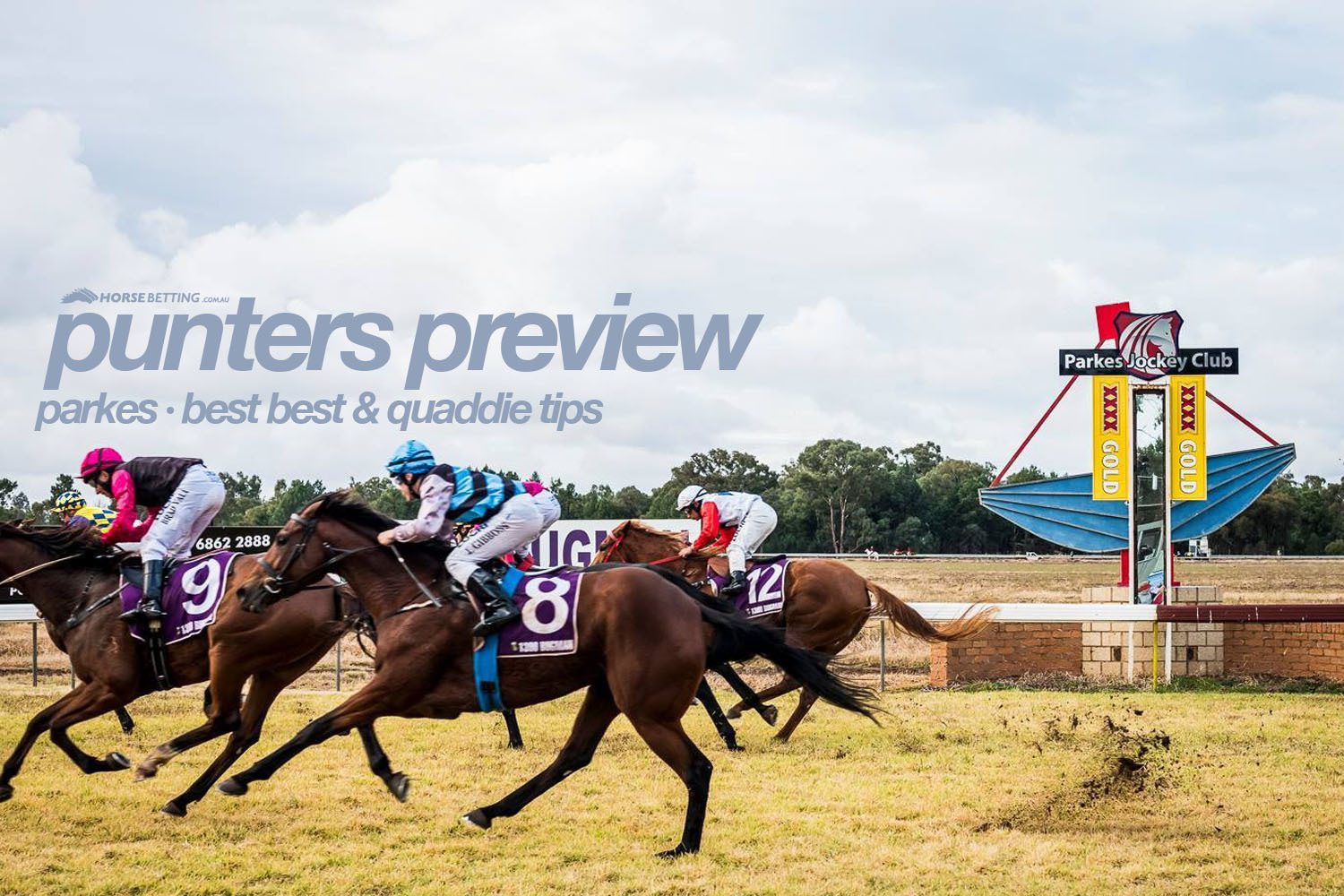 It is Parkes Cup Day on Sunday in New South Wales’ west, with a big nine-race program assembled. HorseBetting’s NSW racing analyst presents his best bet in the Parkes Cup, as well as his top selections and quaddie numbers for the remainder of the afternoon. The track is rated a Heavy 10, while the rail is in the true position for the entire course. The meeting is scheduled to get underway at 11:30am AEST.

The Norm Gardner-trained Cyborg will line up as the race favourite in Sunday’s Parkes Cup, and for good reason. The five-year-old gelding brings some good provincial form to the country circuit, coming off a narrow defeat at Kembla Grange last time out to the handy Son Of Sampson over 1400m on a Heavy 9. The son of Magic Albert gets out to the mile now and has drawn nicely in barrier eight to ensure a good run in transit. He should be too good.

Dubai Moon looks to be the one to beat in the opener on Sunday, as he looks to win his maiden status at start 17. The Frankie Stockdale-trained four-year-old has been in the minor money on seven separate occasions in Victoria, coming out of races at Cranbourne and Pakenham most recently. The son of Pride Of Dubai is going to get a good run in transit from barrier seven under Michael Heagney, and he should be able to get the job done at last. This is a thin race.

We haven’t seen War Flag at the races since April 2020, but we believe it can win in his return. The now-four-year-old returns as a gelding on the back of a nice trial at Leeton on April 30. The son of Snitzel made his debut at Rosehill Gardens 110 weeks ago, finishing a long last behind behind Rock My Wand and Achiever. Nick Heywood will ensure he gets a good run from barrier seven, so we expect him to be in the finish. Online bookmakers are offering a great each-way price.