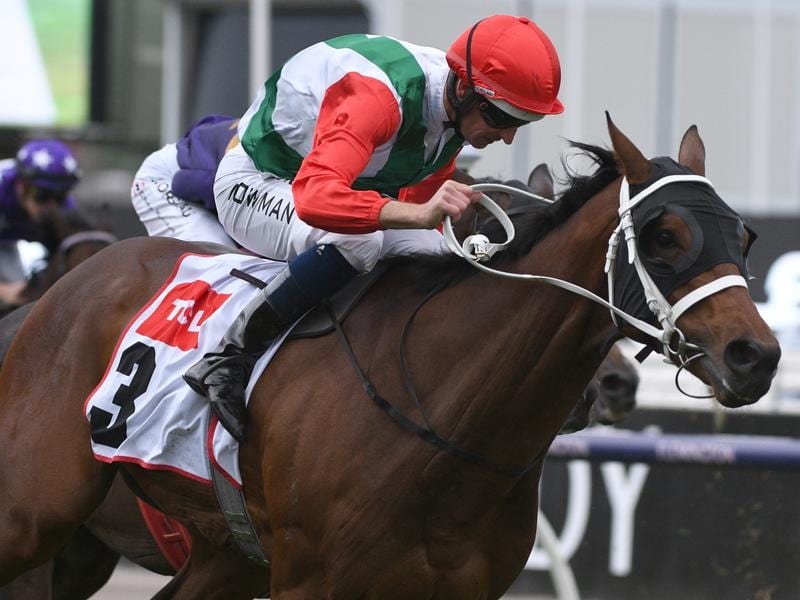 A campaign in Victoria early in his career has been the foundation for Pancho’s success in a stakes race at Flemington.

Pancho won the Listed TCL TV Stakes (1800m) on Thursday for Chris Waller and Hugh Bowman who had earlier in the day teamed with Nudge to win the Bumble Trophy Race.

Sent off a $2.80 chance, Pancho ran down the $2.60 favourite Russian Camelot to win by three-quarters-of-a-length with Highland Jack ($6.50) a long neck away third.

“He’s been down here in Melbourne before and has done a lot of his racing down here so that helped him today,” Waller said.

“He went back to Sydney and he ran very well in the million-dollar race (Bondi Stakes) … and he’s franked that form and brought it down here.

“Hugh went back to make sure he switched off and then went around them and it was a good sight coming down that Flemington straight.”

Waller said Thursday’s 1800m race had become a target after Pancho showed promise when stepped up in ground during the winter months in Melbourne.

“You know what races are coming up and you think this horse might suit that race, or I might hold this one back to hope that he is still strong for Flemington during Cup week,” Waller said.

“You’ve got to do what your owners want and they want them on the big stage.”