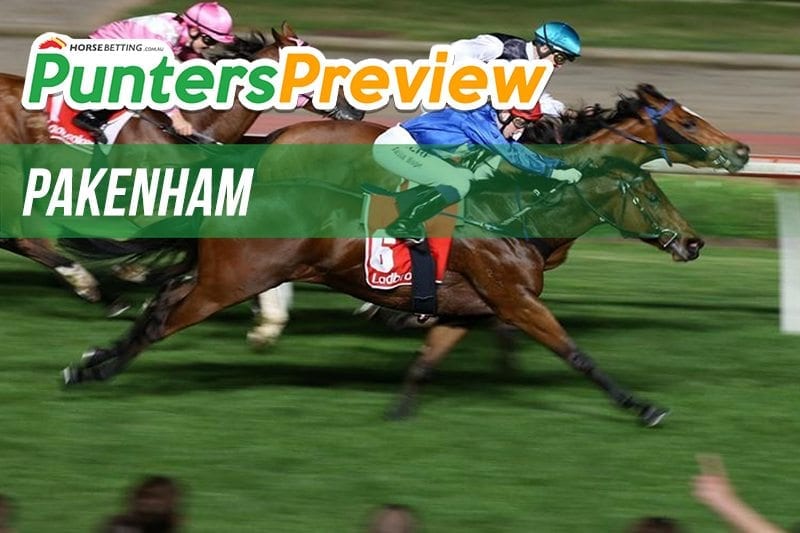 THURSDAY night racing is back on at Pakenham and a great eight race card awaits.

We have taken an early look at the markets and delivered our selections. Let’s take a look.

Looking for a new bookmaker ahead of the Pakenham card?

Petite is Godolphin runner that is not far off winning a race. The horse has made progression every start and we think the additional ground will help after a jump in 300m last-start saw it improve almost a length.

Joie De Dream has missed the placings just once in its four start career, and on that occasion it finished just a length and a half behind the winner. The form reads well leading into this one.

Our Girl Babs will need some luck from the wide draw but if it gets across cheaply it is more than capable of breaking through here. At three attempts at the distance the horse has placed twice. We’re backing Our Girl Babs to deliver at the sixth time of asking.

Race 3 tip: Our Girl Babs to win at Sportsbet

Hapuka’s form looms large in a field littered with first starters. The Trent Busuttin and Natalie Young-trained filly was only a length and a half behind superstar Our Crown Witness on debut, so the talent is there. We believe Hapuka breaks through here.

Condamine has placed second-up in the past and presents as a great winning chance here. The Duke Of Marmalade five-year-old resumed well to finish third at Ballarat at this level, but with fitness on its side the run should be much improved.

Lindsay Park runner Spirit Of Phoenix won well last-time out and the three-yer-old filly is a great chance to go back-to-back. The horse could be a progressive type and we believe it has the ability to win this race.

Race 6 tip: Spirit Of Phoenix to win at William Hill

Runaway gets a horrible gate here but we believe it has enough early speed to get across nicely. The horse is a ratings riser that will be fitter for its trial.

Burgonet won well on debut and the horse gets a great gate to follow that up here. The horse will spear out from gate two and attempt to lead it from start to finish as it did at Moe. We’re backing it in to do exactly that.