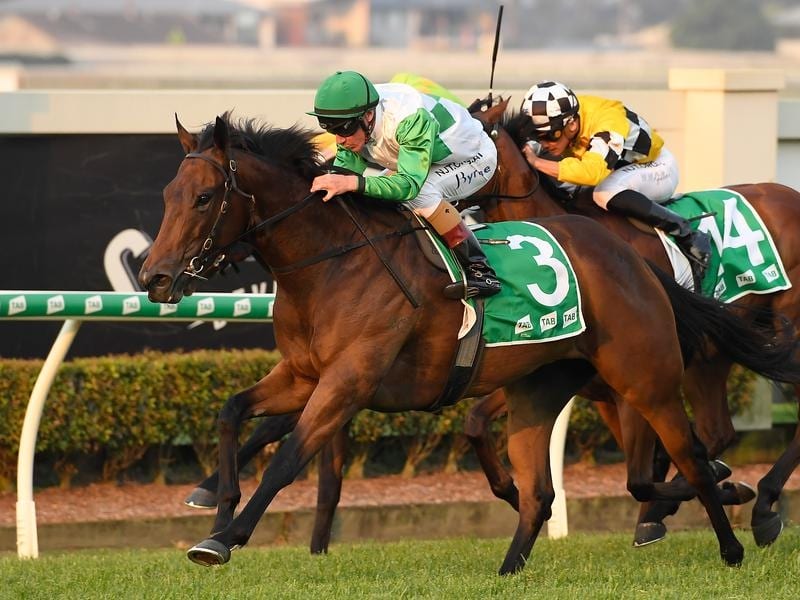 Outback Barbie has made a brilliant return to racing with victory in the Keith Noud Quality.

Premier trainer Tony Gollan admitted his filly Outback Barbie gave him one of the thrills of his career when she won the Listed Keith Noud Quality at Doomben.

Gollan has been a big fan of Outback Barbie since her two-year-old days but bad luck has often dogged the filly.

“That win really means something to me,” he said.

“I know she looked to have come back well with the trial win on Monday. But they have to do it on the racetrack and she has done that today.”

Gollan said Outback Barbie would now press on to the Group Three George Moore Stakes at Doomben in a fortnight.

“From there he can go to the Magic Millions carnival and we have plenty of choices.

“There is the QTIS race, the fillies and mares race and the Magic Millions Cup all of which will suit her,” he said.

Winning jockey Jim Byrne said Outback Barbie had got into a good position from barrier four and it had just been a matter of getting into the clear.

Gollan was also happy with I’m A Rippa who led to the 200m and fought on.

“He had to give the rest of the field weight and he is on course for the Millions,” he said.

Trainer Stuart Kendrick was far from disappointed with the second of Tambo’s Mate who was having his first run in stakes company.

“It shows he is up to that class and we can now look for more black type races,” he said.

“He went via the cape on the turn but it was a good comeback,” she said.