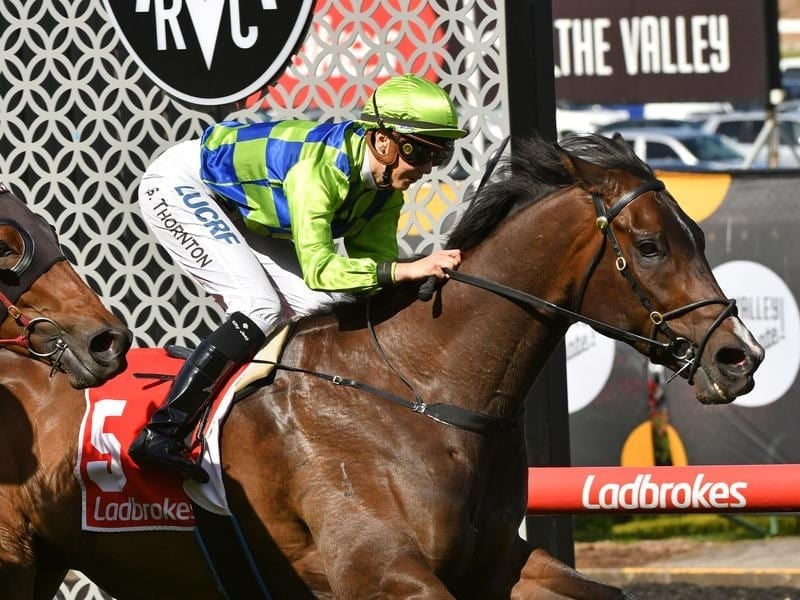 Our Luca is turning into a Moonee Valley specialist after his third successive win at the racetrack.

Our Luca is developing a reputation as a Moonee Valley specialist with a third straight win at the city track.

Our Luca stretched his record to seven wins from 13 starts for trainer Jerome Hunter, with Saturday’s win his first in open company.

“He’s such a big horse and needed time to mature so we’ve given him plenty of time and it’s paid off today,” Hunter said.

“I could have run him in the benchmark 78 over 1200m today but he would have had too much weight.

“I looked at the field and they looked backmarkers and it was a case of catch me if you can.”

Hunter said he’ll consider the Listed Christmas Stakes (1200m) at Caulfield on December 26, but admitted he hadn’t put a lot of thought into the gelding’s immediate program.

“I started off with him at maiden and 58 level and I’ll continue to work my way up,” Hunter said.

“I dodged the spring because I don’t like running fourth or fifth so I made sure after the spring that all the horses were up and ready to run.

“To win today is very rewarding.”