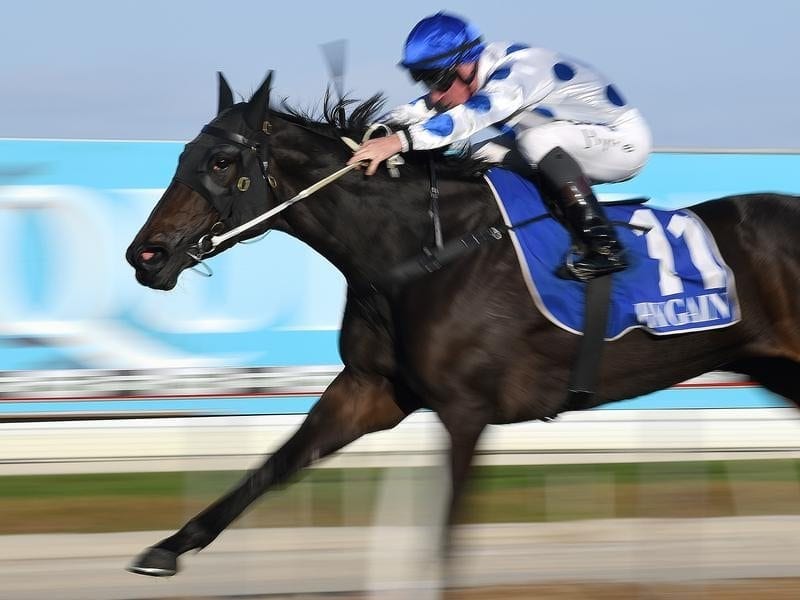 Melbourne mare Oregon’s Day has passed her first test at a middle distance with ease, scoring an impressive win in the Group Two Hollindale Stakes on the Gold Coast.

Oregon’s Day booked herself a place in the Group One Doomben Cup (2000m) with her win against a smart field of middle-distance horses over 1800m on Saturday.

Trainer Mick Price sent Oregon’s Day to Brisbane to see if she could run a strong race past 1600m.

She passed that test most impressively and can follow Streama as the only mares to win the Hollindale and the Doomben Cup.

Price wasn’t at the Gold Coast but stable spokesman Pat Kearny said the mare had done everything the stable had hoped.

“Mick thought he had plenty of horse to work with after Sydney when she ran fourth in the Queen of The Turf,” Kearney said.

“The Doomben Cup will give her a chance to win a Group One race.”

Byrne, who won the Hollindale on Leebaz in 2015, said the mare should have no trouble running the 2000m of the Doomben Cup.

Oregon’s Day will meet virtually every runner again in the Doomben Cup.

Tom Melbourne, who ran another second in a Group race, is headed for the Doomben Cup and jockey Corey Brown was happy with his run.

Man Of His Word came from well back in the field and is also Doomben Cup bound.

“I have been saying for some time you wouldn’t see the best of him until he got out to 1800m to 2000m. He’s off to the Doomben Cup now and will give them something to worry about,” trainer Bruce Hill said.