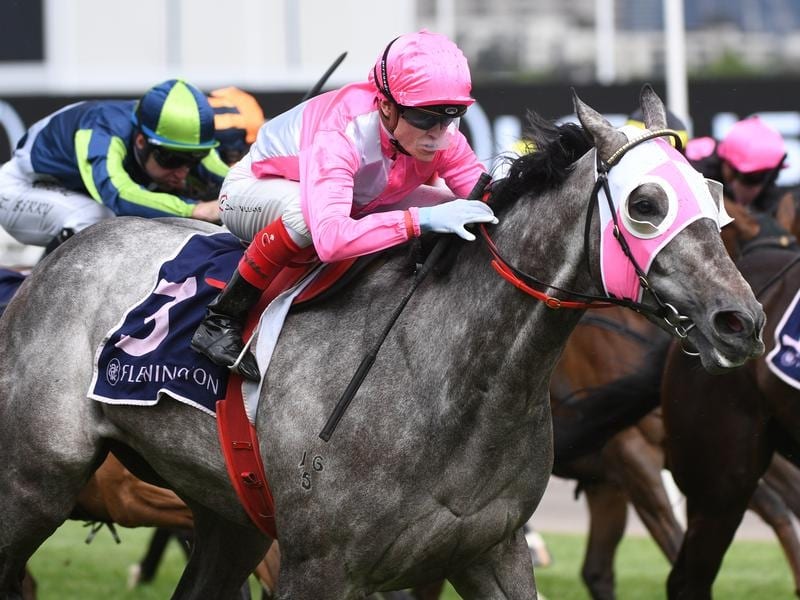 Star Missile has four options as a lead-up race to the $5 million All-Star Mile.

Star Missile already has a spot in the All-Star Mile but there are four options for his lead-up to the $5 million race .

The Greg Eurell-trained Star Missile, who has hundreds of part-owners in the Hancox Racing No.8 syndicate, finished fourth in public voting to secure his spot in the $5 million All-Star Mile (1600m) at Caulfield on March 14.

Star Missile finished eighth in a 1400m open handicap at Flemington, won by Galaxy Raider, on his return from a spell last Saturday week and is nominated for two stakes races at Flemington and a handicap in Adelaide on Saturday and a benchmark race at The Valley on Friday night.

While Eurell said he would ideally like to run Star Missile on the big track at Flemington, no decision has yet been made.,

“I’ll see how he works in the morning and speak to the syndicate manager,” Eurell said.

“But he has come out of his first-up run well. There’s absolutely no issues there so he’s certainly on track at the moment.

“It will just be a matter of seeing how he lines up in the morning and trying to work out which race.”

Nominations for the Group Two Blamey (1600m) at Flemington have been extended after 12 entries were taken on Monday.

The winner of the Blamey will be offered a wild card into the All-Star Mile if, unlike Star Missile, they don’t already have a spot in the field.

Star Missile is 17th in the ballot for the Group Three Shaftesbury Avenue Handicap (1400m) which has 20 nominations including stablemate Blazejowski who will run with Damien Oliver to ride.

Eurell said Star Missile’s first-up run on face value was a little disappointing but also believed the inside barrier draw did not suit him.

“He’s not a horse that likes to be inside horses,” he said

“He proved that the way he won the Country Final on Oaks day at Flemington last spring when he came down the outside.”