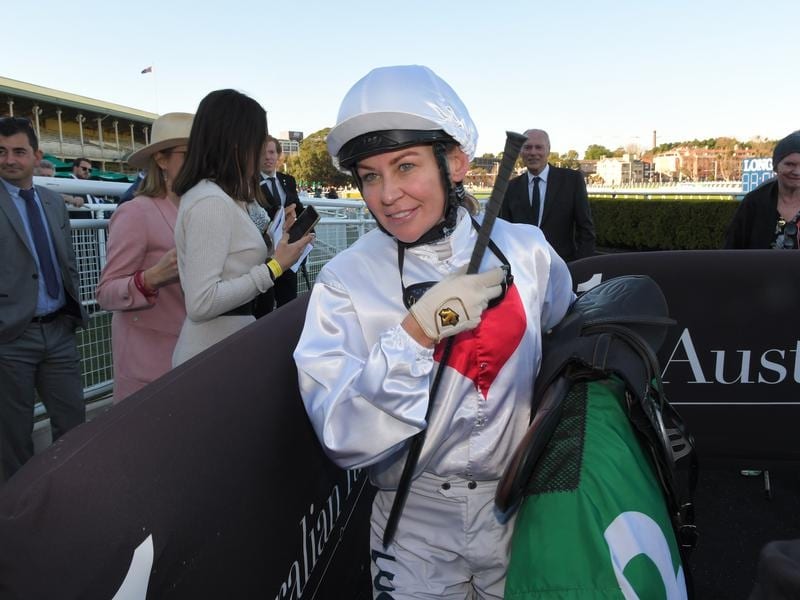 Kathy O’Hara has been suspended for three months for using her mobile telephone in a jockeys’ room.

Kathy O’Hara has appealed a hefty suspension for frequent use of her mobile phone in the jockeys’ room with the penalty to rule her out of the spring carnival and the Cups ride on Grey Lion.

Racing NSW stewards took a hard line with O’Hara at Tuesday’s inquiry, suspending her for three months for using her phone 65 times over a 12-month period.

Jockeys are expected to hand their phones in when they arrive at the races for integrity reasons.

O’Hara is the regular rider of the Matthew Smith-trained stayer Grey Lion who is on a path to the Caulfield and Melbourne Cups.

Her partner Charlie Duckworth, a licensee with the Chris Waller stable, has also appealed his penalty of a $2000 fine for sending a text message to O’Hara and engaging in a phone conversation during a race meeting.

Stewards found O’Hara’s phone in the jockeys’ room at Kembla Grange on August 8 and used forensic imaging to detect other usage.

O’Hara pleaded guilty to two charges regarding using her phone on two occasions in April and May but asked stewards to consider that at 34, she may not get many more chances to ride in the major spring races.

Stewards agreed there were no integrity issues with any of the text messages they found.

Grey Lion was a pleasing second to Happy Clapper in a 1200m-trial at Randwick on Tuesday morning.