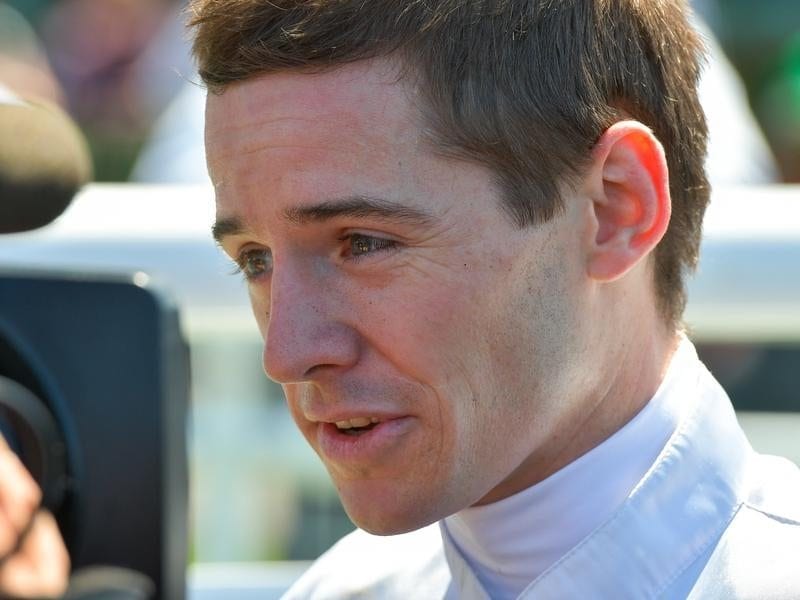 Jason Collett will ride Age Of Fire when the New Zealand galloper runs in the Randwick Guineas.

Jamie Richards is under no illusions about the task Age Of Fire faces when the New Zealand Group One winner makes his Australian debut in the $1 million Randwick Guineas.

Co-trainer Richards has already admitted defeat with Melody Belle, who heads home after an unplaced run in the Group One Surround Stakes.

Richards, who trains with Stephen Autridge, realises Age Of Fire also faces a considerable step up in class when he starts his Australian Derby campaign on Saturday.

The Fastnet Rock colt, who won the Group One Levin Classic (1600m) in January, booked his trip when he improved from last to finish third over 1400m at Matamata on February 24.

Age Of Fire landed on Monday, has worked well since settling in and tops off his preparation on Thursday.

He will be partnered by Jason Collett and is $17 chance in early markets.

“We know how difficult it will be to come over here and be competitive with Kementari, Trapeze Artist and Pierata,” Richards said.

“At a mile he’s going to have to be at his very best, once he gets up to a mile and a quarter and a mile and a half they’ll know he’s there.”

Autridge and Richards won the Group One Rosehill Guineas (2000m) with Gingernuts last autumn and have the same schedule mapped out for Age Of Fire, culminating in the Group One Australian Derby (2400m) at Randwick on April 7.

“I’d say they’ll go a good genuine tempo so I imagine him being a midfield or a touch worse so the barrier draw is not the be all and end all,” he said.

The Chris Waller-trained D’Argento is the $5 second elect.