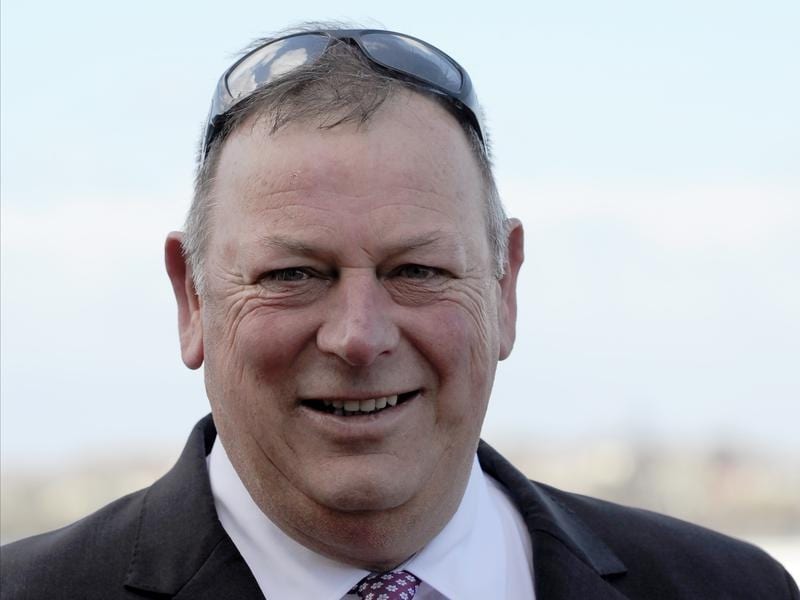 Former New Zealander Santa Catarina will make her debut for trainer Mike Moroney at The Valley.

New Zealand mare Santa Catarina has joined the Mike Moroney stable and is set to race in Melbourne for the first time at The Valley.

But how long the mare continues to race for remains to be seen, with the prospect of her potentially heading to the breeding barn this spring.

Formerly prepared by Stephen Marsh in New Zealand for owner Lib Petagna, Santa Catarina has won five of her 17 starts with one Listed race win as a two-year-old in 2018.

She has also been stakes placed twice.

Santa Catarina campaigned in Sydney during the 2018 spring, finishing unplaced in the Group Two Tea Rose Stakes and last in the Group One Flight Stakes.

Moroney said the mare had joined his Flemington team about three weeks ago, shortly after she finished fourth in a 1000m race at Te Rapa first-up from a spell early this month.

“Lib Petagna and I race quite a few horses together,” Moroney said.

“I trained his first Group One winner for him, a mare called Clean Sweep and he had a share in Tivaci, Alabama Express, so I’ve always trained for him.

“He wants to send her over here and possibly go to (stallion) Alabama Express so for that reason she came to Melbourne.

“But they were open to how she is racing.

“She could go to stud this year or she could race on. It just depends on what sort of form she’s in in her next couple of runs.”

The former Moroney-trained Group One CF Orr Stakes winner Alabama Express stands his first season at stud as part of the Yulong stallion roster this spring.

Santa Catarina has the outside barrier in a field of 11 in the benchmark-84 race.

“She’s had one run back where she got back on a heavy track and ran home and then she came over here,” Moroney said.

“She seems good. The pieces of work we’ve done with her she has worked well and she seems to have settled in well.

Santa Catarina is one of three entries for Moroney at The Valley meeting.

Last-start winner Mirimar will be out to continue his good form when he runs in a 2000m handicap off a freshen-up with Moroney hoping to get him to The Bart Cummings (2500m) during spring.

The trainer is hoping third emergency Hurricane Fighter gains a start in the final event on the program.