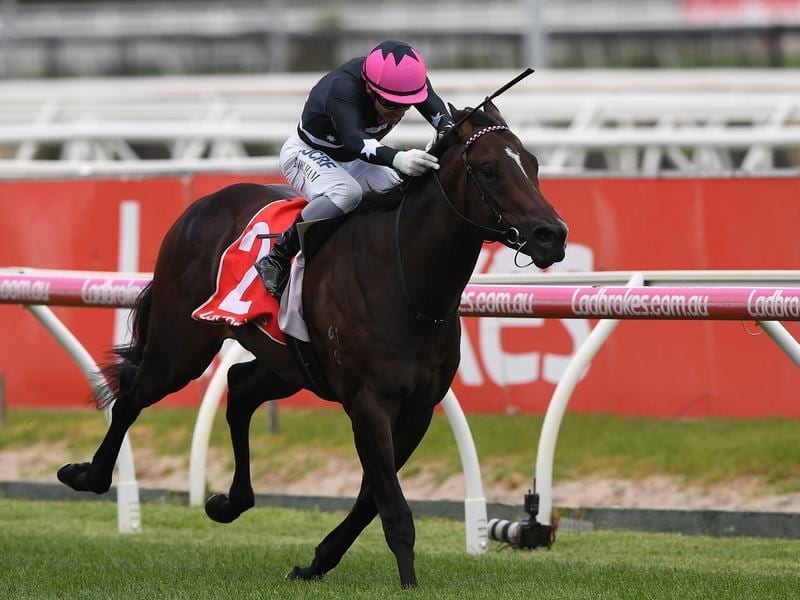 Talented colt I Am Immortal will have his spring return put on hold despite a Vain Stakes entry.

Blue Diamond winner Lyre is set to make her season return in the Quezette Stakes at Caulfield but dual stakes winning colt I Am Immortal will be held back and bypass the Vain Stakes.

Her Anthony Freedman-trained stablemate I Am Immortal is among 15 nominations for the Group Three Vain Stakes (1100m) for three-year-old colts and geldings on the same day but the stable has confirmed he will wait for another race to launch his spring campaign in the coming weeks.

I Am Immortal won the Blue Diamond Preview (1000m) for colts and geldings and the Prelude (1100m) before being unplaced behind Lyre in the Group One Blue Diamond (1200m) in February.

Connections feel the fast colt will benefit from some more work before he resumes.

“He had a big spell.

“He’s had two jump-outs and his work this morning was really good but he just pulled up a bit big so we’ll look to either give him another jump-out and then look to head to the races or give him another couple of big gallops.

“Everything is fine with him, he’s spot on, but we’ll just look to give him another good couple of pieces of work.”

A return race for I Am Immortal is yet to be locked in.

The Vain Stakes nominations are headlined by the Ciaron Maher and David Eustace-trained colt Dubious who won a 990m Cranbourne barrier trial eight days ago.