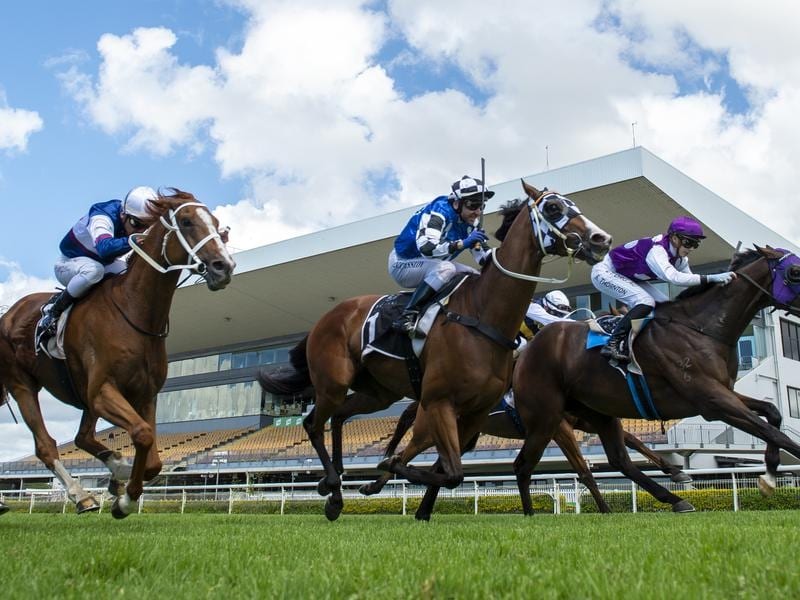 Racing Qld has restructured prize money in line with regional zones while racing goes on crowd-free.

Officials believe they have the correct balance in the prize money schedule for the new zoned racing which starts in Queensland this week.

The state has been divided into five regions while the south east, where most of the horses are trained, has been split into two divisions.

The move is designed to limit the spread of the coronavirus as racing continues to operate under strict biosecurity conditions.

As such, Racing Queensland has revised the prize money for the different zones.

The central region’s Mackay will have the first meeting under the new regime on Tuesday.

That will be followed by the Sunshine Coast meeting on Wednesday, Cairns on Thursday, Gold Coast on Friday, Eagle Farm on Saturday and Toowoomba on Sunday.

RQ will allocate similar prize money to Gold Coast and Toowoomba-trained horses as the Eagle Farm and Caloundra-trained runners.

Eagle Farm will be the same, but with an additional $65,000 race programmed.

For horses to be eligible, they have to be in their designated zone by midnight on Sunday.

An RQ spokesman said it was hoped the new schedule would keep money coming into the industry.