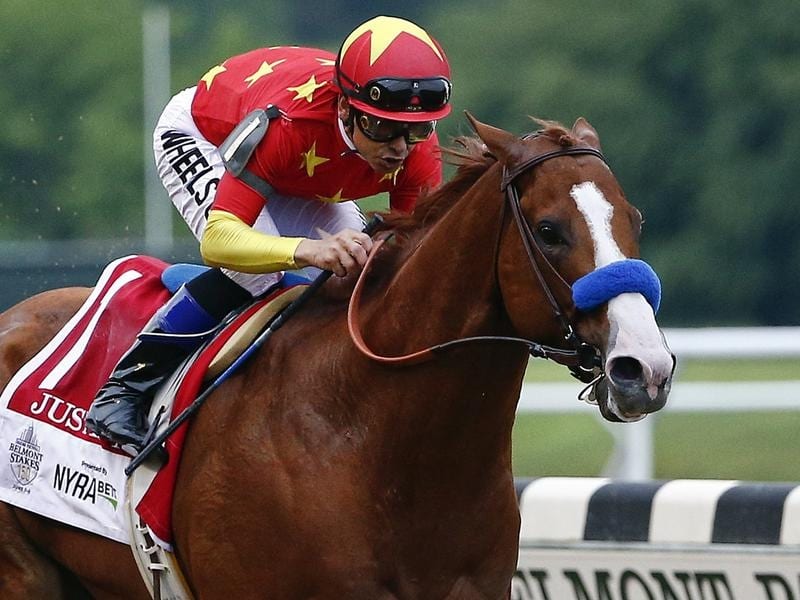 The most recent triple crown winner Justify will join the 12 others in a virtual Kentucky Derby.

Horse racing fans who have debated whether Secretariat would have beaten Sir Barton, if Assault was faster than Affirmed, will get an answer of sorts soon.

NBC will televise the virtual Kentucky Derby on May 2, the day this year’s Classic would have been run if not for the coronavirus pandemic.

The virtual race will pit the 13 Triple Crown-winning horses in a computer-simulated race billed as “The Kentucky Derby: Triple Crown Showdown”.

Data algorithms, including handicapping information about each horse, will be used.

Officials at Churchill Downs are throwing an at-home “Derby party” hoping to raise $2 million to contribute to COVID-19 relief.

People throwing home parties can tap into online resources that include directions for making Kentucky Derby cocktails and dressing for the event.

Starting on Thursday, fans also can go to KentuckyDerby.com to choose their winning horse for the virtual race and make their contributions to the fundraiser.

“The anticipation of which Triple Crown winner will emerge as the ultimate champion is thrilling,” Churchill Downs chief executive Bill Carstanjen said.

“Most importantly, we are proud to use this platform as a force for good by raising money for these worthy COVID-19 emergency initiatives. We urge fans to join us by donating and celebrating with us from home.”

NBC will air the festivities from 3 to 6pm and will also show the 2015 Kentucky Derby win that launched American Pharoah’s successful bid for the Triple Crown.

The Derby, now tentatively shceuled for September, is the first leg of the triple crown and is followed by the Preakness Stakes at Pimlico and Belmont Stakes in New York.