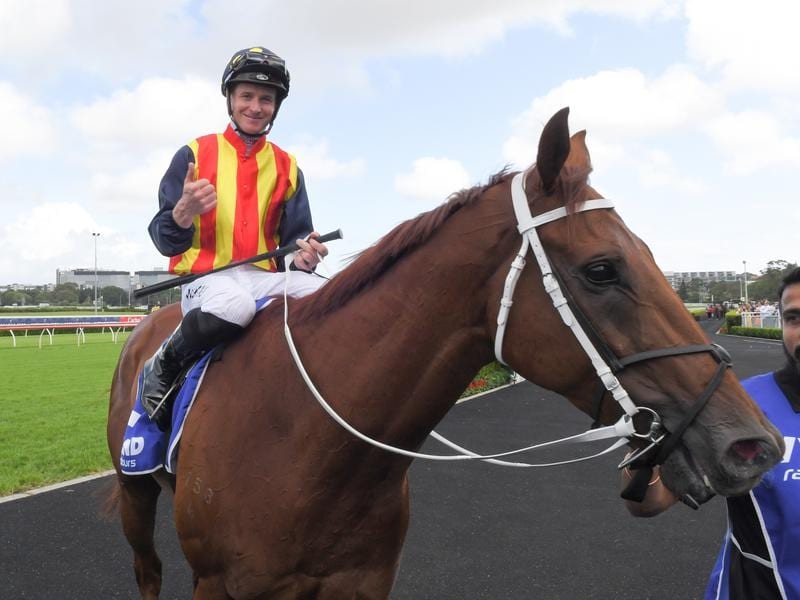 Nature Strip has won a Randwick barrier trial featuring his next Group One rivals.

Three of the leading contenders for the Group One TJ Smith Stakes have clashed in a barrier trial, eight days out from the $2.5 million sprint at Randwick.

Tim Clark was aboard Santa Ana Lane, with the Sydney jockey picking up the ride from Mark Zahra for Saturday week’s weight-for-age TJ Smith (1200m) with Melbourne jockeys prohibited from interstate travel during the ongoing coronavirus pandemic.

Nature Strip and Santa Ana Lane share the second line of betting with star three-year-old filly Loving Gaby at $6 for the TJ Smith with Newmarket Handicap-winning colt Bivouac $5 favourite and Redzel at $15.

Nature Strip disappointed as the odds-on favourite in the Newmarket but was back to his best to beat Redzel in the Group Two Challenge Stakes earlier this month.