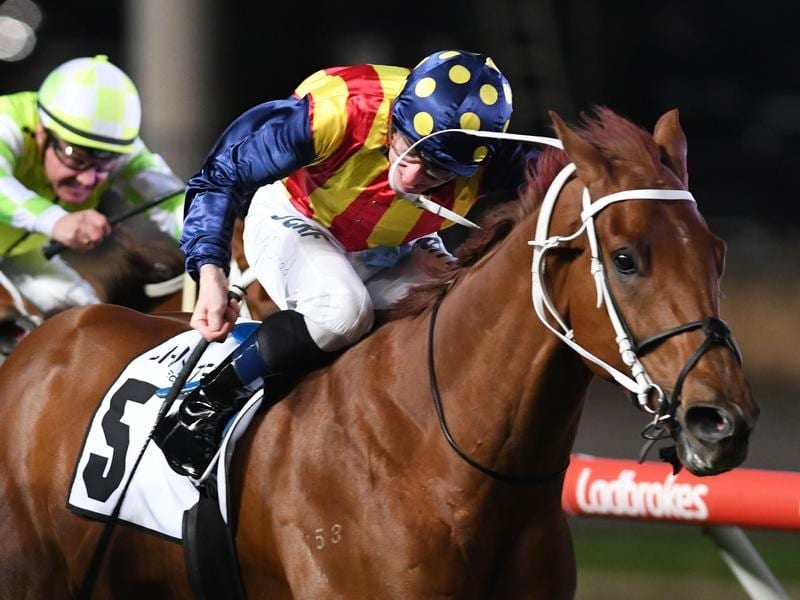 Nature Strip has been secured by slot holder James Harron for the $14 million Everest.

Chris Waller’s Nature Strip will fly the flag for James Harron in the $14 million Everest as the champion Sydney trainer weighs up what to do with his own slot.

Slot holder James Harron Bloodstock on Wednesday announced they would team up with the Moir Stakes and Galaxy winner for the richest race on turf at Randwick on October 19.

“We have been playing a waiting game and the time came to make our move,” Harron said.

“Nature Strip is one of the most exciting and talked-about sprinters in the country.

“He’s a horse with a bit of X-factor, and importantly for us is proven on all track conditions and is a on-speed runner in a race which so far looks lacking in such types so he should go into the race with a great chance.”

The two-time Group One-winning gelding firmed to $15 on the news, as favourite Santa Ana Lane also shortened marginally to $4.60 from $5.

Sydney-based Waller has opted not to tinker his winning formula from the Theo Marks, with leading rider James McDonald confirmed to partner the stable’s top chance Arcadia Queen ($6) in the 1200m race.

Waller will shortly decide on his own slot, one of three still up in the air for the 12-horse field along with Godolphin’s pick and the winner of Saturday’s Schillaci Stakes at Caulfield.

The James Cummings-trained Alizee pressed her case for the Godolphin ticket during an exhibition gallop on Randwick’s Kensington track earlier on Wednesday, running the 800m in 45.84 seconds alongside stablemate Deprive.