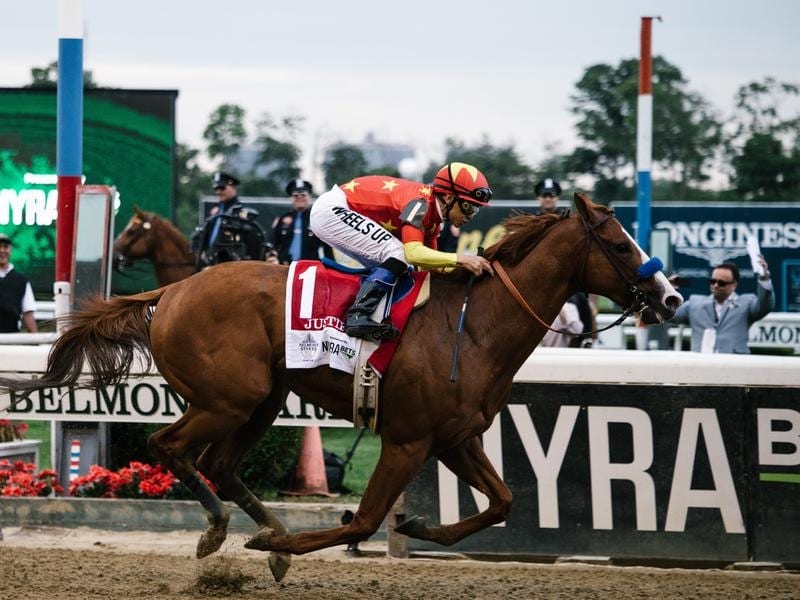 Mike Smith has ridden a record-breaking 217th Grade One winner on Omaha Beach in the Malibu Stakes at Santa Anita.

“Jerry is someone that comes from my hometown,” Smith said.

“I was born in New Mexico, but raised in Texas, in El Paso, where he’s from. His father was my dentist, so he’s always meant a lot to me, so to surpass him means a whole lot.”

Santa Anita had pushed opening day of its winter/spring meet back two days because of concern about rain.

The track has been under fire with 37 horse deaths at Santa Anita since last December.

Omaha Beach was forced to miss this year’s Kentucky Derby because of entrapped epiglottis. The colt is set to be retired after next month’s $3 million Pegasus World Cup in Florida.

“This is really special for us, opening day at Santa Anita,” winning trainer Richard Mandella said.

“After all the trouble we have been through this year, this place is The Great Race Place and we all need to remember that.”