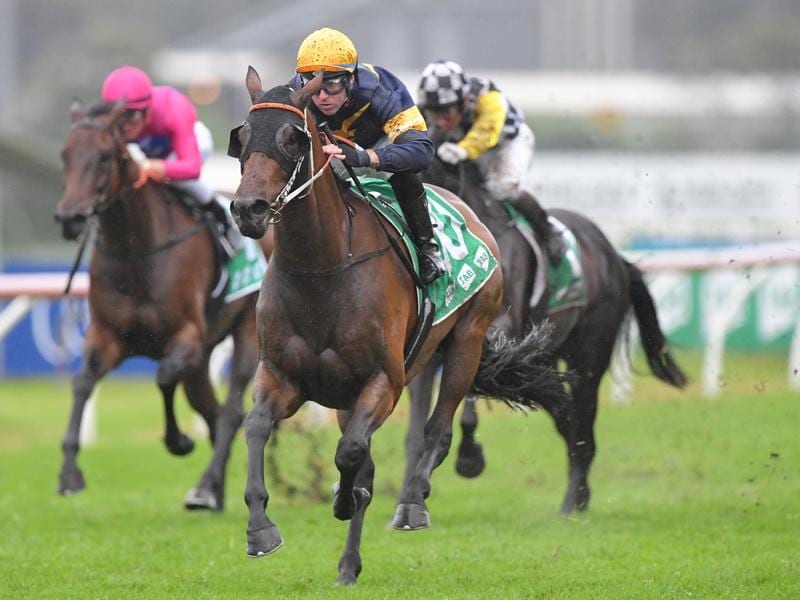 Master Of Wine will join the big league when he runs in the Group One Queen Elizabeth Stakes.

One of the leading contenders for the Queen Elizabeth Stakes has tuned up for his biggest test with a barrier trial at Rosehill.

The Hawkes Racing-trained Master Of Wine was given a soft trial on Monday by Tommy Berry in the 900m-heat won by Snitz.

Berry will miss Saturday’s second day of The Championships at Randwick through suspension and Tim Clark will take the ride on the former English horse.

Master Of Wine won two races at the end of his spring campaign and has picked up where he left off with another two wins, most recently the Group Three Sky High Stakes (2000m).

He is an $8 chance with TAB for the Queen Elizabeth with the market headed by international visitors Addeybb and Danon Premium at $4.

The other two Group One races on the program are the Coolmore Legacy (1600m) and the Australian Oaks (2400m).

Addeybb and Young Rascal will both be ridden by visiting English jockey Tom Marquand who claimed a first Group One win in the Ranvet.

The final field and barriers will be declared on Tuesday.