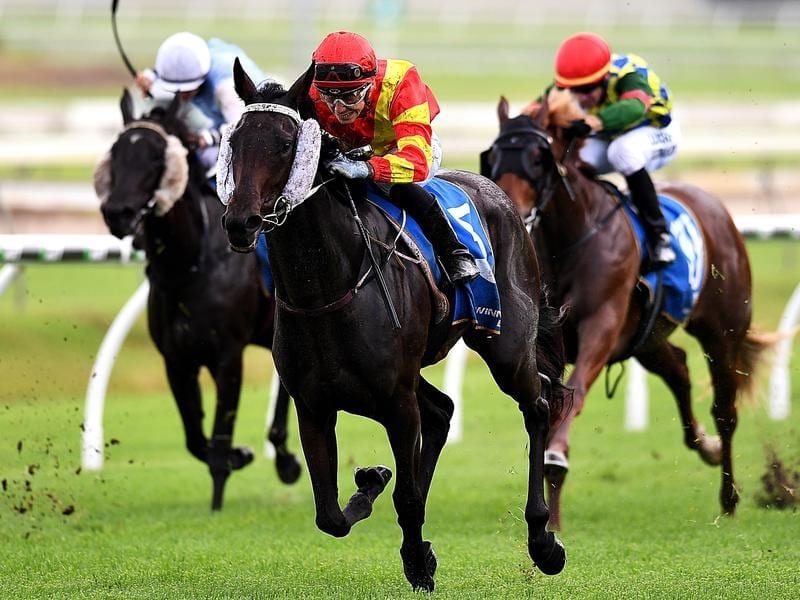 Plumaro races to victory in the QTIS Two-Years-Old Handicap at Doomben in March last year.

Plumaro was an impressive winner first-up at the Sunshine Coast in May but she was unplaced in her two runs since in top three-year-old company.

Kemp hopes a drop in class to Saturday’s Three-Year-Old Handicap (1200m) will help the tiny filly.

Tarrant replaces Tim Clark on Plumaro and Kemp is a big fan of the young rider.

“He has ridden plenty of winners for me recently on Fighting Teo and Tisani Magic and co,” Kemp said.

“His winning ride for me on Tisani Magic at the Sunshine Coast last week was spot-on.”

Tarrant landed a treble at the Sunshine Coast last Saturday but has been suspended for a month.