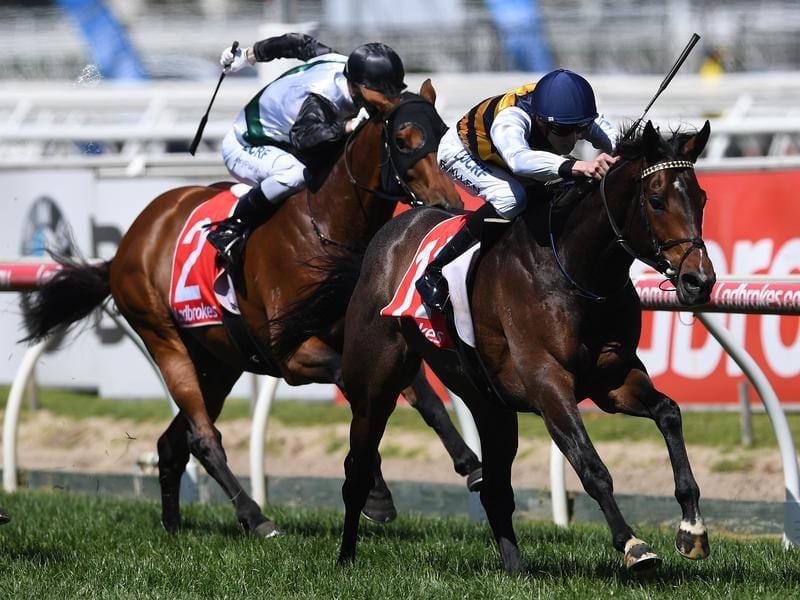 A drier surface is tipped to bring out the best in Lord Fandango in the $300,000 Pakenham Cup.

Archie Alexander is putting Lord Fandango’s last-start failure down to an unsuitable track condition and the trainer is looking to get the stayer on to firmer footing in the Listed Pakenham Cup.

Lord Fandango faded to finish last in the $350,000 Ballarat Cup (2200m) on his home track last Saturday week on a track rated in the slow range.

Alexander has pressed on with the six-year-old’s preparation into summer and believes last year’s Caulfield Cup fourth placegetter can bounce back and perform well in Saturday’s $300,000 race at Pakenham over 2500m.

“It was too wet for him at Ballarat,” Alexander said.

The Ballarat Cup was won by Kiwia, one of five runners from that race among the 13-horse Pakenham Cup field, with the course rated in the soft category at acceptance time on Wednesday.

“The Ballarat Cup winner has gone up in weight and I know we were a long way off him at Ballarat but on his day Lord Fandango is a good horse,” Alexander said.

“We meet a lot of the same horses but the difference is it’s a different track and I’m looking forward to it.”

Stewards also reported Lord Fandango pulled up lame at Ballarat but Alexander said the stayer was fine leading into Saturday.

“He wouldn’t be running if he wasn’t fine,” Alexander said.

“We’ve looked at him since. It was just an off day.”

Given Lord Fandango appreciates dry ground Alexander said it made sense to keep going into summer with a couple of options, including the Bagot Handicap, on the radar pending Saturday’s performance.

“Obviously if he didn’t run top three on Saturday you’d be a bit worried and would probably be tipping him out for a break. But on his best form he’s a good horse,” he said.

“I think Dal Harraild is the one to beat. He beat us fair and square in the Zipping Classic.”

The Ciaron Maher and David Eustace-trained import has finished second in the Bendigo Cup and Zipping Classic in his past two starts with Lord Fandango fourth in those races before his Ballarat disappointment.