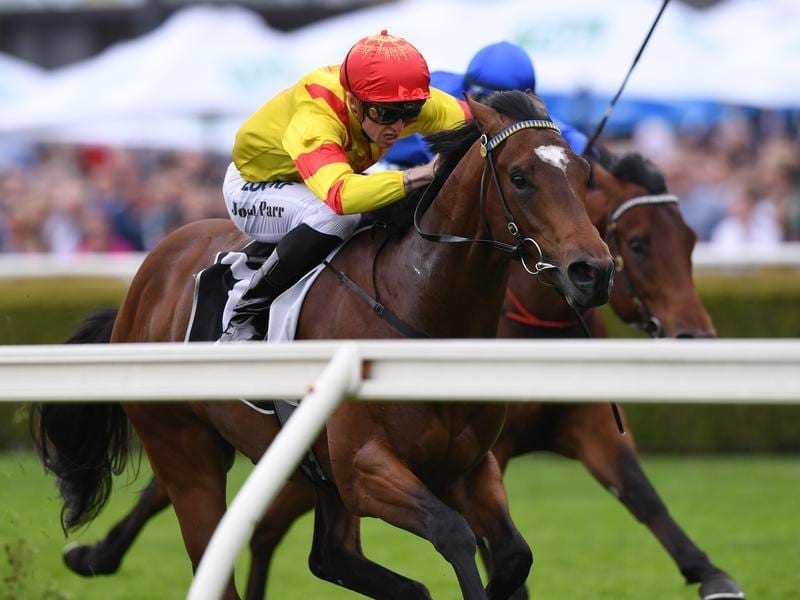 Legend Of Condor will try to emulate former stablemate Menari in the Listed Rosebud at Rosehill.

A year ago Menari stamped his class on the first stakes race for the new season’s three-year-olds and his trainer Gerald Ryan is looking to Legend Of Condor to do the same in the Listed Rosebud.

Menari went on to win the Run To The Rose and started favourite in the Group One Golden Rose when third behind stablemate Trapeze Artist.

Unfortunately Menari did not race again, troubled first by a throat problem and more recently a suspensory injury which has hastened his retirement to stud.

Legend Of Condor is not as experienced at Menari at the same stage of his career and is unlikely to head to the Golden Rose with sprinting more his forte but the stable will not make any decisions until after his 1100m-race on Saturday.

“I think he is a sprinter and we will look at races like the San Domenico Stakes and the Danehill Stakes down the straight 1200 metres at Flemington,” Ryan said.

Ryan has won the Group Two Danehill with Snitzerland in 2012 and Charlie Boy the following year.

He gave Legend Of Condor a barrier trial on Tuesday and was pleased with his third behind stakes winners Performer and Fiesta from the Chris Waller stable.

Waller will have Charge in the Rosebud after he broke through for a maiden win at Warwick Farm last Wednesday week.

The market for the Rosebud is dominated by Godolphin colt Plague Stone but Waller believes Charge can build on his last-start win.

“It’s a big step up in class but obviously he’s got speed,” he said.

“He’s a lovely free-going horse. He won with a bit of class in his maiden only 10 days ago and he certainly hasn’t taken a backward step since.”

Ryan also has Group One placegetter Harper’s Choice among his other Rosehill runners with the gelding to compete in the Premier’s Cup Prelude (1800m).

The gelding won the Listed Winter Cup (2400m) at his most recent start in June after struggling under big weights because of his benchmark from the Derby second.

“The plan is to go to the Premier’s Cup, the Wyong Cup and the Newcastle Cup with Harper’s Choice,” Ryan said.

“I think those are the right sorts of races for him.”