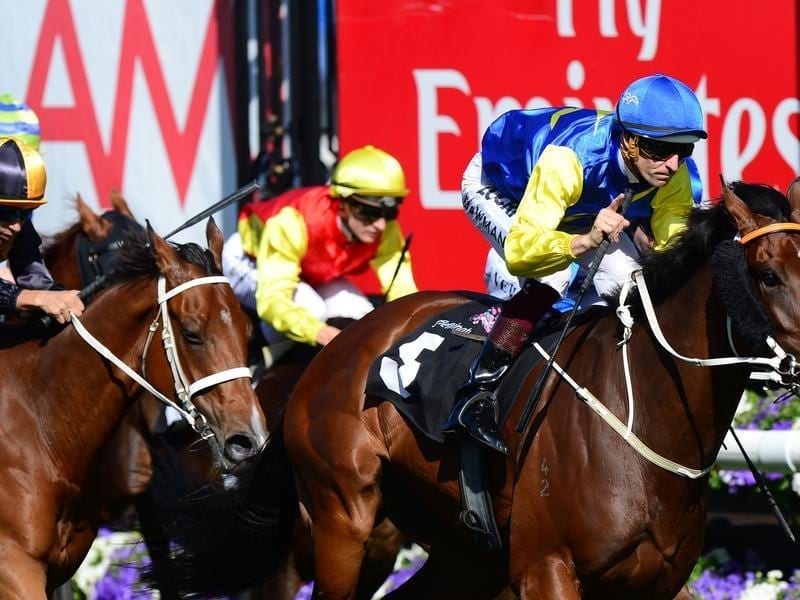 Le Romain (right) has shown he is ready for his race return with a barier trial win at Gosford.

Redzel has begun his quest for his defence of The Everest, running second in an 800m barrier trial at Gosford.

Running without his race day blinkers on, Redzel settled behind the leader in Monday’s heat before taking over in the straight.

Show Me The Honey passed him late to win the trial by a little under a length.

Redzel will be asked to do more in his next trial over 1000m in two weeks ahead of his return in the Group Three Concorde Stakes (1000m) at Randwick on September 1.

Triple Group One winner Le Romain ran in a 1000m-trial at Gosford, scoring a stylish win with the gelding scheduled to make his return in the Group Three Show County at Randwick on Saturday week.

Ridden by James McDonald, the Kris Lees-trained Le Romain overhauled Northwest Passage to win by half a length.