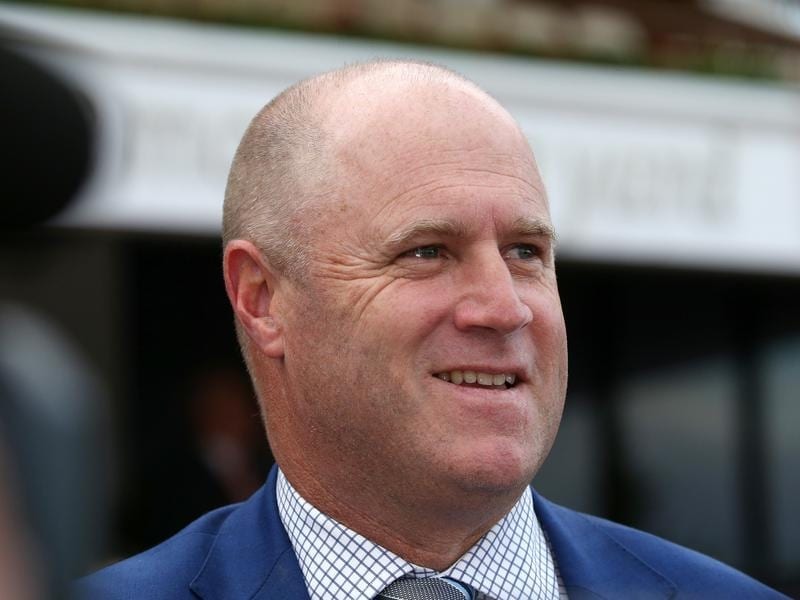 Danny O’Brien has high hopes for Group One placegetter Lady Lupino, an acceptor at Moonee Valley.

After a bold showing in the Group One Champagne Stakes in her final start as a juvenile, expectations are high that Lady Lupino has the potential to figure prominently in some of the feature races for fillies this spring.

Lady Lupino won two of her five starts last season and begins her latest preparation over 1200m at The Valley on Saturday in a race for three-year-old fillies, her first start since finishing third in the Champagne (1600m) at Randwick in April.

Trainer Danny O’Brien is looking forward to seeing what Lady Lupino can achieve during spring off the back of her encouraging two-year-old form and he has mapped out a path for filly towards the Group One Thousand Guineas (1600m) in October.

“Obviously her performance in the Champagne was probably as good a performance from our stable’s two-year-olds last season. It was a high-rating race and she ran very well,” O’Brien said.

“So we’re hoping that translates into the spring.”

O’Brien believes Lady Lupino will be better suited once she gets up to 1400m and 1600m later in her preparation but says Saturday’s race is the right starting point.

Lady Lupino had a solo gallop at The Valley on Tuesday morning and has drawn barrier two in the field of 12.

“Hopefully she can jump and be right there. That’s her pattern,” O’Brien said.

“The 1200 metres is not where she is going to be best suited but it is an ideal kick off point for her.

“She seems really well. She’s had a nice long build-up to her first-up run.”