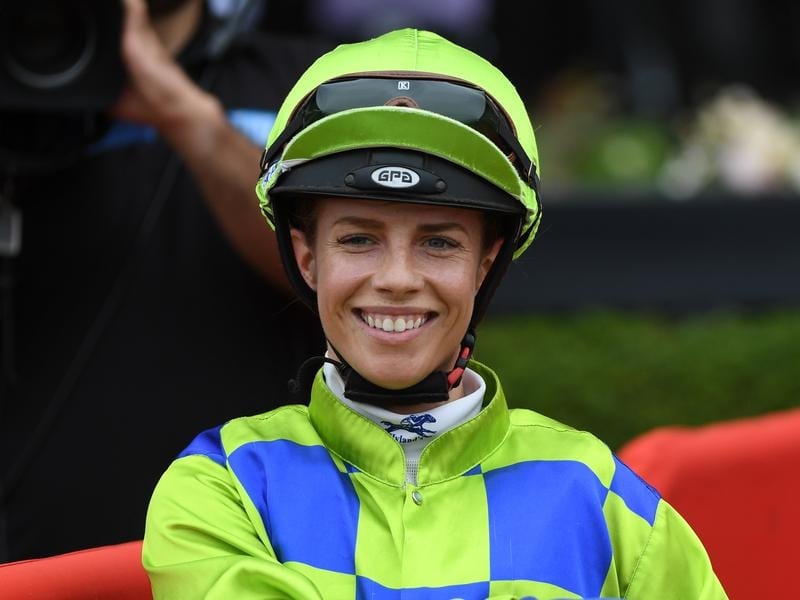 Milestones keep coming for in-form apprentice Jess Eaton who landed her first metropolitan double with a pair of front running rides at Mornington.

Eaton, who is based with Meagher Racing at Mornington, travelled to Swan Hill last Friday to win on Golden Halo, out-riding her country claim with the victory.

“I outrode my country claim the other day so it’s good to get a few winners since doing that and hopefully the ball keeps rolling,” Eaton said.

“This is my first city double. It’s been a big day for me and it’s extra special to do it here.”

Eaton’s second winner only came about after Noonan’s son, jockey Jake Noonan, convinced his father to run the mare despite an early morning track downgrade.

“He said to me the ground had improved as the day went on and that’s the only reason that I ran her,” Noonan said.

“My concern was her fitness levels in this sort of ground.”

Raven’s Blaze now has a record of three wins from four starts at the track and her trainer is ruing the end of racing at Mornington for the season.

“She’s got a good little record here and has good speed and she tries hard,” Noonan said.

“We’ll have to find another race somewhere for her but now that we know she handles the wet, it opens up some options for us.”