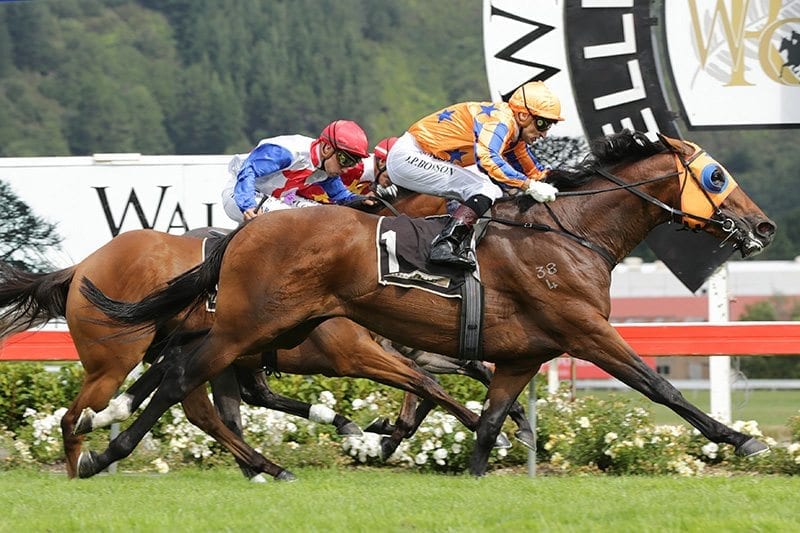 Age Of Fire’s Sydney campaign has been confirmed and he will head across the Tasman next week.

The Fastnet Rock colt’s trip was sealed by his effort to come from last to finish third over 1400m at Matamata last Saturday, his first appearance since he won the Gr.1 Levin Classic (1600m) in January.

“Under the circumstances it was a very good run, it was hard to make up ground,” said Jamie Richards, who trains with Stephen Autridge.

“He’ll go over on Monday with the Randwick Guineas his first target and then hopefully on to the Rosehill Guineas and the Derby.”

Age Of Fire has won three of his seven starts and also finished runner-up in the Gr.1 New Zealand 2000 Guineas (1600m) in the spring.

Meanwhile, the stable has two trial winners on debut at Pukekohe Park on Wednesday.

Paulownia will run in the Platinum Rentals Maiden (1200m) with Opie Bosson to ride her and he will also be aboard In A Twinkling in the Haunui Farm 2YO (1200m).

Owned by Coolmore, Paulownia is a sister to the Group One winner and producer Foxwedge.

“She’s three from three at the trials and she was our 1000 Guineas filly, but she got hurt in the winter,” Richards said. “She had a paddock accident that held us up.

“In A Twinkling is a nice type and his trial the other day gave us confidence.”

“He’ll run well and he’s going to develop into a nice staying three-year-old,” Richards said. “He was gelded after his first trial and that’s helped him.”