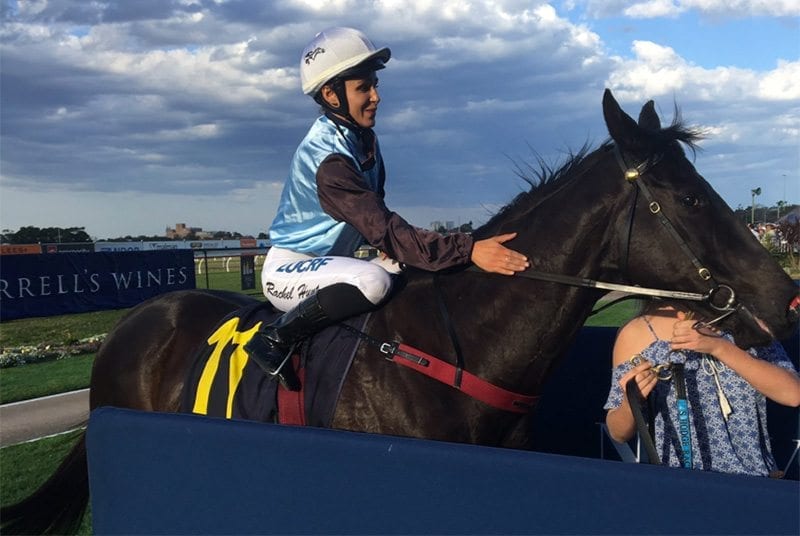 NINE-YEAR-OLD gelding Grand Condor has caused the upset of the weekend in the final race on Everest day, winning the Sydney Harbour Exclusive benchmark 80 at $101 via Ladbrokes.

In a chaotic start that saw Balancing Act and Machinegun Jubs toss their respective jockeys off at the barrier, Grand Condor jumped away cleanly from stall six and settled quickly on the speed. From there Rachel Hunt pushed the horse to the front at the top of the turn and held off all comers to return the triple figure quote.

Pick Me Up ($2.60 at Crownbet) looked to have the race won coming into the final 100m but could not get its nose in front while Arise Augustus flashed down the outside to round out the placings and deliver a huge $12 to Sportsbet customers.

The trifecta – which was the biggest return for a treble on the day – returned $9781.

Trainer Steve Hodge was pull of praise for Rachel Hunt’s ride in the aftermath of the race.

“I was very pleased with Rachel too, she can ride this girl.

The win in the final event at Randwick took Grand Condor’s record to nine wins from 41 attempts, and the first-time ever the horse has gone back-to-back in its career.

The horse had to sustain a huge challenge from Pick Me Up, which came hard on the inside of the winner, and Hodge said the horse “fought on good”.

“He won well at Newcastle a month ago so we thought this is the next option and we’ll have to come down here.