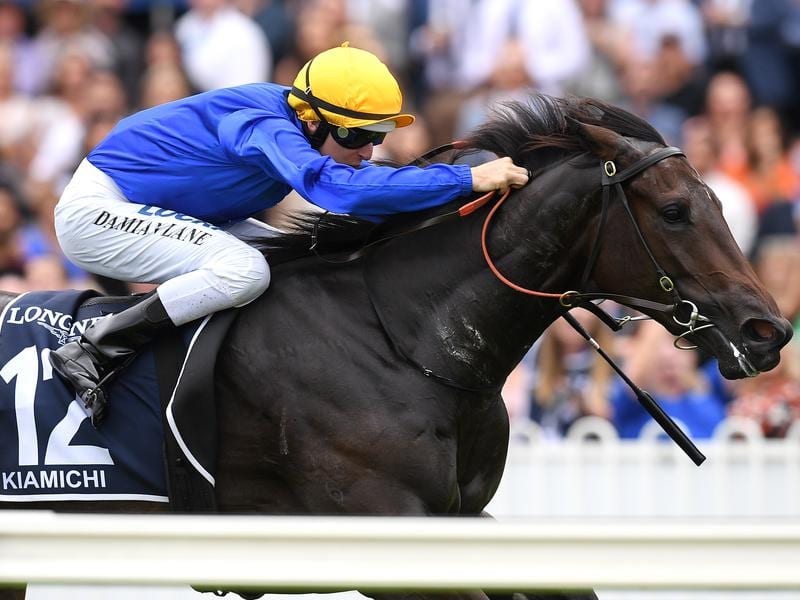 Godolphin filly Kiamichi has been retired after failing to recapture the form that won her a Golden Slipper.

A Godolphin home-bred, Kiamichi led home a trifecta for Sheikh Mohammed when she beat her James Cummings-trained stablemate Microphone and Lyre from the Anthony Freedman stable in last year’s Slipper.

Cummings praised the filly, saying she was a genuine Group One star.

“She was our first two-year-old winner that season and she just grew stronger and better as her preparations progressed,” Cummings said.

“I have nothing but praise for her win in such a high-pressure race.

“The Golden Slipper is a race that shapes the breed in Australia and she now gets her chance to contribute to that tradition.”

Kiamichi retires with three wins from her 13 starts and prize money of almost $2.37 million.

The filly had a further eight starts following her Golden Slipper victory, finishing third to Microphone in the Sires’ Produce Stakes at her next outing.

Kiamichi’s most recent start was on Saturday when she finished fourth behind Rubisaki in the P J Bell Stakes at Randwick.

She will go to the breeding barn in spring with a stallion yet to be determined.