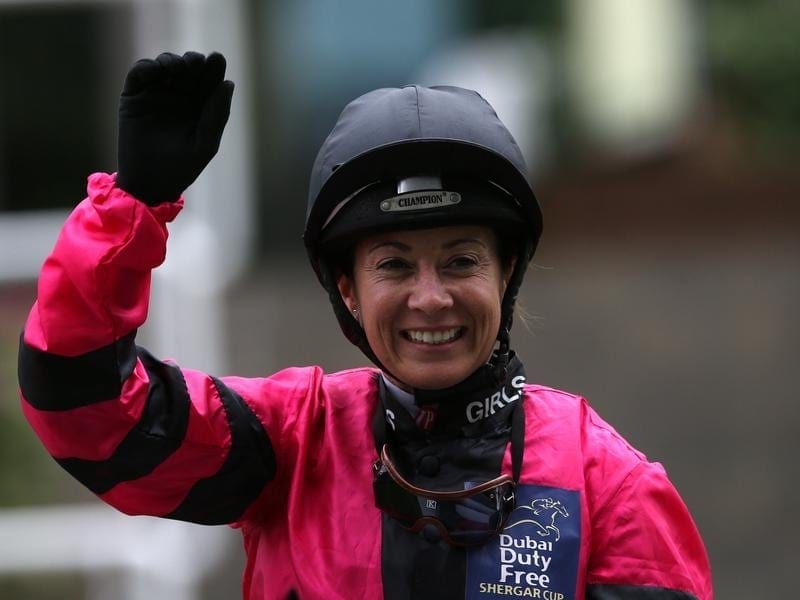 Hayley Turner’s resutls have given the all-female team victory in the Shergar Cup at Ascot.

Hayley Turner has spearheaded the all-female team to victory in the Shergar Cup at Ascot and won the Silver Saddle by one point from Joao Moreira.

The Girls team, comprising Turner, Hollie Doyle and captain Josephine Gordon, landed the team prize with a points total of 76, with the European team second on 70.

“I’ve been coming to the Shergar Cup for 12 years now and it is a very special day,” Turner said.

“The progression of female jockeys is something that is really being pushed and discussed, and this is a fine example of how well girls can do in racing.

“Winning the Silver Saddle, named after the late Alistair Haggis – he was the one who got me on the team 12 years ago and really pushed me, so I think he is up there looking down on me.”

After one win earlier, Turner’s second place on Roundhay Park in the final race of the series on Saturday (Sunday AEST) assured she was the leading individual rider.