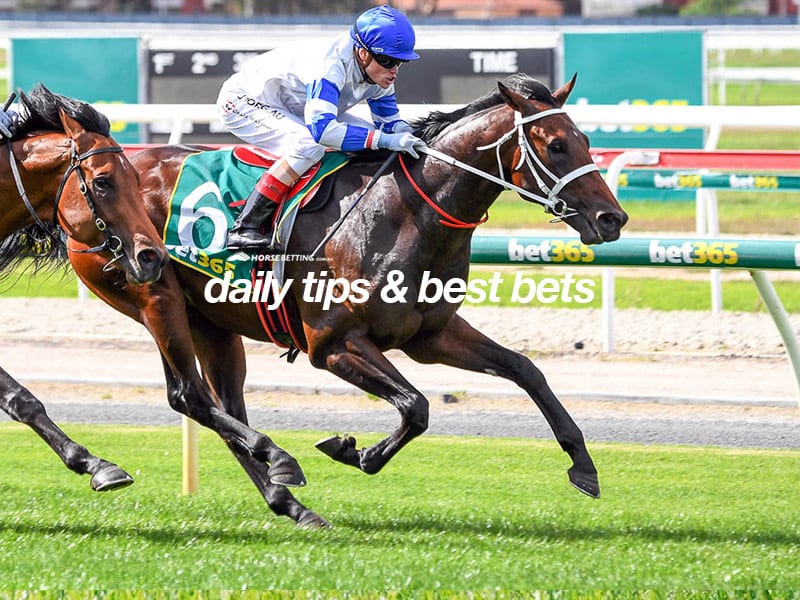 Geelong Racecourse is scheduled to host a bumper nine-race card on Friday afternoon, and HorseBetting’s Victorian horse racing analyst presents his best bets and quaddie numbers with odds from Australia’s top online bookmakers. The track is rated a Soft 6 with the rail returning to the true position, and the meeting is set to get underway at 12:30pm AEST.

We are far from jump-out experts, but the way the Team Hawkes-trained Rinnova returned at Cranbourne on August 2 suggests she is one to be with first-up from a spell. She debuted at Pakenham on February 25 and savaged the line late to just miss by the barest of margins despite settling last on the rails. At her Cranbourne jump-out she managed to lead the field up and looked to be travelling strongly through the line despite being asked to do very little. From barrier six, Dean Holland will have the option to go forward on the Dream Ahead mare, and if she brings her best effort to Geelong, she looks to be a clear best bet on the card.

Next Best at Geelong: Escadora

Anthony & Sam Freedman send Escadora to Geelong following a debut second at Cranbourne on July 22 on a bottomless Heavy 10. The four-year-old mare gets the all-important gear change of Jamie Kah on for this assignment, and the rise to 1400m looks ideal second-up. On a day where it was favourable to be up on speed at Cranbourne, Escadora managed to make up solid ground in the running from midfield despite hardly challenging the eventual winner, Blazerro. Look for her to run on strongly in the home straight.

Another one who is first-up is the Archie Alexander-trained Kohli, fresh off a nine-month spell. His maiden win at Donald on November 15, 2020, showed he has plenty of ability, while he no luck at Sandown on his subsequent start. He looks to have returned in fine order with a jump-out win on the Ballarat synthetic on August 3, and despite no doubt wanting further than the 1300m on Friday, he has a touch of class and should prove hard to hold out.