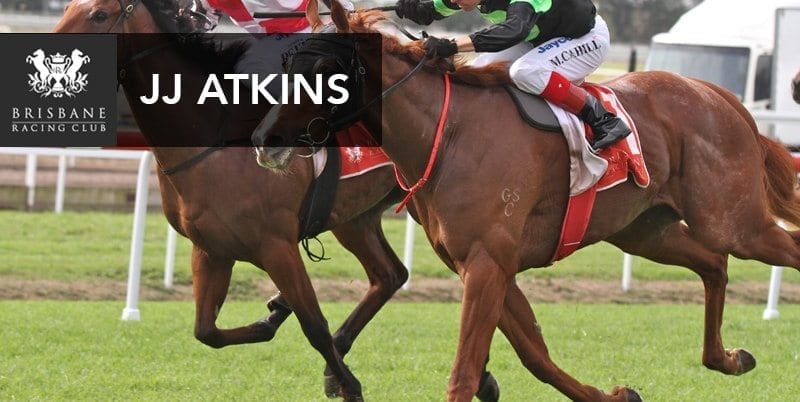 A GEAR change has proven to be a masterstroke for the connections of Capital Gain which scored a brilliant victory in the Group 1 J.J. Atkins (1600m) at Doomben on Saturday.

The Paul Butterworth-trained galloper settled well back in the field under the guidance of Jim Byrne, making his move approaching the home turn.

Coming wide entering the straight, Capital Gain was given a slap with the whip, responding well with blinkers on for the first time.

Past the 200m mark the two-year-old gelding started to lift, hitting top gear and racing clear to defeat Aloisia and Taking Aim.

Butterworth said he was quietly confident heading into the race and was pleased the horse’s connections had knocked back sizeable offers for the son of Ad Valorem and Zuzao.

“It’s been tempting, the offers, and if there was only four owners he probably wouldn’t be with me, but the owners stuck with me and stuck with the horse,” Butterworth said.

“I knew he was the best horse in the race, but he had to be ridden that way and Jimmy [Byrne] deserves a lot of credit.

“You could see he was pulling most of the early parts of the race, he just wanted to get going. I was a bit worried that he wouldn’t have enough in the tank but we got there.”

Byrne was elated with his winning ride, thanking connections for putting him aboard the talented youngster.

A winner of three from nine, Butterworth said Capital Gain will now head to the paddock for some deserved rest and relaxation before tackling some further riches next preparation.

“I think he is a Derby horse. Doubtful Melbourne because he wont have long enough off but the AJC Derby is right on our radar.

“We’ll give him a nice long spell now – I’ll sit down with the owners tonight and have a party – we’ll figure it out once the hangover is gone.”