HorseBetting’s Victorian horse racing analyst presents his race-by-race preview, best bets and free quaddie numbers for Turnbull Stakes Day, otherwise known as ‘Moving Day’ for the Melbourne Spring Carnival. The track is rated a Good 4 – although plenty of rain is forecast, so we will be working around a Soft 6 – and the rail is out 9m for the entire circuit. Racing is set to get underway at 12:10pm AEST.

A field full of debutants greets punters in the opener on Turnbull Stakes Day for the Maribyrnong Trial Stakes over 1000m for the two-year-olds. Black Tahitian showed plenty of ability in a trial and is from the red-hot Gai Waterhouse & Adrian Bott Stable. Rampant Lion went untouched when leading all the way in a trial for Peter Moody, Chris Waller’s Robusto showed plenty at his jump-out, and Get In The Spirit has promised plenty for Mick Price and Michael Kent Jr. However, we have settled on Cavallo Rampante, who managed to match motors with stablemate Coolangatta at the trials, with the latter going around as an odds-on favourite in the Gimcrack Stakes at Randwick. If the Menari filly can bring that type of effort here, it looks to be the superior trial form and can certainly take it up against some of these colts.

The Listed Super Impose Stakes has long been a good form line for the Victoria Derby, and Gunstock – a joint-favourite for the October 30 feature – looks hard to beat on Saturday. The Mick Price & Michael Kent Jr-trained Tavistock colt broke his maiden when settling three-wide without cover and finishing off the best to win in eye-catching fashion. From barrier five under Jye McNeil, look for him to settle midfield with cover this time. If he can bring a similar turn of foot to what he showed last time out at Cranbourne on September 12, he should prove too good for this lot and stamp himself as a genuine Derby horse.

With the Super Impose predominately for the boys, the girls step out in the Edward Manifold Stakes looking to stake their claim for VRC Oaks berth. Elusive Express brings in one of the better form lines following a strong run in the Thousand Guineas Prelude on September 18 when finishing within a length of Bon’s A Pearla and Heresy and breaking 12 seconds for her final 200m. From barrier two, she will look to go back in the field and have the last look at them in the home straight under Jye McNeil. The Jakkalberry filly has shown a strong turn of foot in her career thus far, and if she can bring something close to her best on Saturday, she should be simply too good for this lot.

One of our best bets on Saturday comes up in the Gilgai Stakes, where Away Game looks well placed to turn the tables on Splintex. Having gone down by 0.2 lengths on September 11 in the Bobbie Lewis Quality, the Ciaron Maher & David Eustace-trained mare is set to gain a 2.5kg weight advantage this time around. She has now seen the Flemington straight and is a horse that always has shown plenty of speed. Look for Jye McNeil to have her settled off the leader’s heels. When asked for an effort at the clock tower, we expect Away Game to deliver the goods and bring up a second Group 2 win en route to a run in the Manikato Stakes. 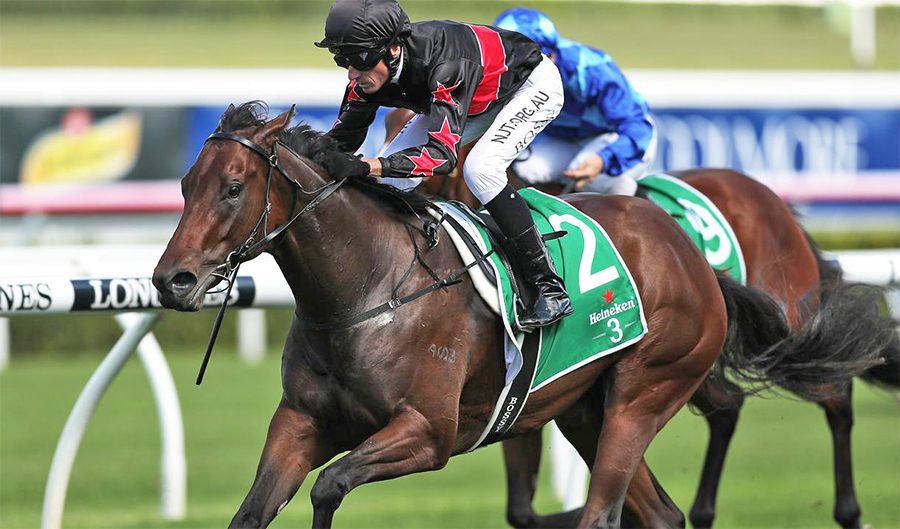 The Group 2 Danehill Stakes looks to be a corker, and despite our love affair for Ingratiating, we’re going with the Matt Laurie-trained Ranveer at a double-figure quote. Having hit the lead inside the final 100m upon resumption at Caulfield on September 18, he was found wanting late and couldn’t match motors with General Beau. Laurie has always shown plenty of love for the three-year-old Winning Rupert colt, and we expect him to turn the tables on General Beau second-up from a spell. With form behind Profiteer in his initial campaign, he clearly has ability, and if he brings his best on Saturday, he should prove too hard to hold out.

The way Mystic Journey returned from a spell in the Let’s Elope Stakes suggests she may be back to somewhere near her best. On that day, the Adam Trinder-trained mare settled no better than midfield and four-wide without cover but went down by just 1.25 lengths when finishing second behind the in-form Turaath. From barrier seven, look for Luke Nolen to try and get his mount some cover this time round. Considering she has three wins from seven goes at 1400m, we expect she will eat up the Flemington 1410m and go one better on this occasion. A few of her rivals – like Odeum and Instant Celebrity – need to show they can handle a big weight, while Mystic Journey has shown throughout her career that she can haul a heavy load.

The Group 1 Turnbull Stakes is the feature event on Saturday, and it looks to be a match race between two of the spring’s biggest contenders, Verry Elleegant and Incentivise. We’ve settled on the Queenslander this time round, as his win in the Makybe Diva Stakes was almost too good to be true. He’s being aimed towards the Melbourne Cup, and the fact he won first up over 1600m suggests he is a serious Group 1 horse. Verry Elleegant will prove to be no easy beat, but considering the Cox Plate is her grand final, she may be vulnerable on Saturday. Incentivise has three wins from three starts on rain-affected ground, and if he brings his best on Saturday, these proven Group 1 horses will find it hard to run him down.

Win and you are into the Melbourne Cup – that is what is on offer in The Bart Cummings. Sheraz had a spin around Moonee Valley on Moir Stakes Night in an exhibition gallop and looked raring to go ahead of his first official run in Australia. The son of Sea The Stars has a win over 3100m to his name, so the 2520m is hardly going to worry him. He sits 51st in the order of entry for the Melbourne Cup, so a win in The Bart Cummings could be crucial.

The final leg of the quaddie sees Crosshaven come to the Paris Lane Stakes third-up from a spell over 1410m. The four-year-old Smart Missile gelding took out the Caulfield Guineas Prelude when third-up from a spell over 1400m last spring, and we are hoping it is a similar recipe for success as a four-year-old. Luke Nolen hops on board for just the second time and will be looking to remain undefeated aboard the Ben & JD Hayes-trained runner. From barrier three, he’ll be close to the speed throughout and should prove hard to run down in the last race of the day.