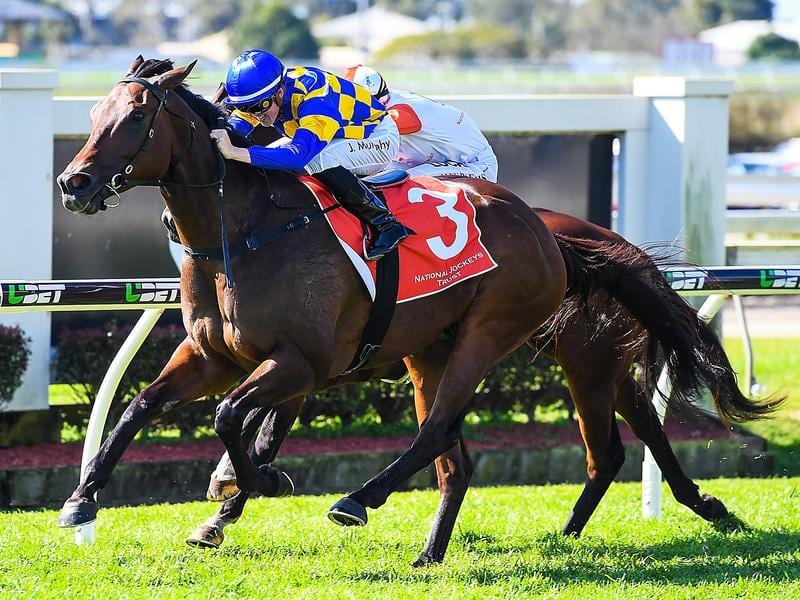 Tarzan returns to his pet track and distance when he runs over 1000m at the Sunshine Coast.

Prolific winning gelding Tarzan has had a week of farm life to prepare for his next challenge at the Sunshine Coast.

Trainer Stuart Kendrick often uses his farm near Caloundra to freshen his horses between runs and Tarzan is one who loves the quiet life.

Tarzan will be chasing his 14th win at 1000-1050 metres and his 11th over the short course at the Sunshine Coast in Saturday’s Swiss Ace Plate.

Kendrick has had the race in mind for Tarzan because of the set weights with penalties conditions and the location.

In a normal handicap Tarzan would get about 63kgs as he has won his past four starts when he has carried he 61.5kg , 59.5kg, 60kg and 61kg.However, under the special conditions he is expected to get about 57.5kg to 59kg for Saturday’s race.

“He obviously loves the Sunshine Coast and the 1000 metres because he is a horse who needs to get rolling once the barriers open,” Kendrick said.

“The weight scale obviously suits him because he is going to get plenty of weight in a usual handicap.

“After Saturday he will have a short break and then head to the Magic Millions carnival.”

Tarzan is one of 17 entries taken on Monday headed by Sydney sprinter and Group One placegetter Easy Eddie from Joe Pride’s stable.

Kendrick’s good start to the season continued on Friday when Coral Bay gave him his 34th winner for the season with an emotional victory at the Sunshine Coast.

The stable’s promising young sprinter Tambo’s Mate showed he was up to top company with his second in the Listed Keith Noud Quality on Saturday won by Outback Barbie.