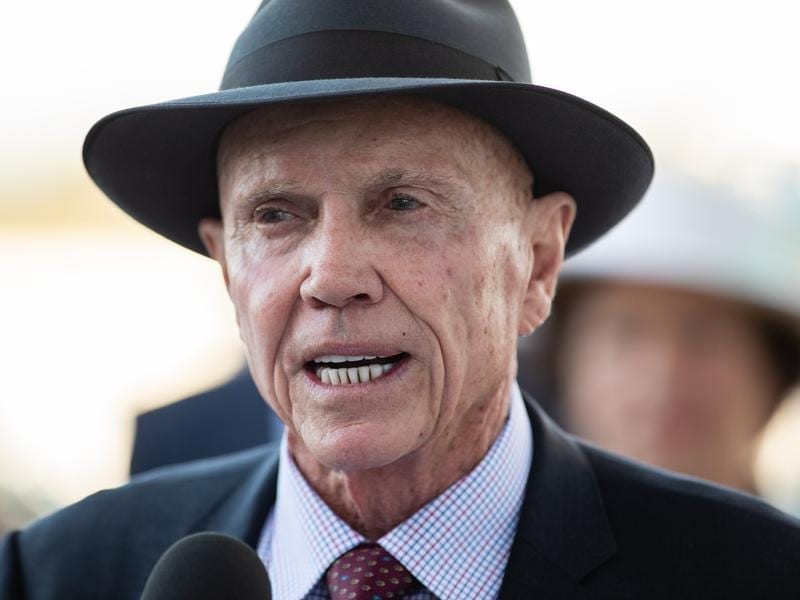 Owner Bob Peters is set to have two runners in the $14 million The Everest with Enticing Star announced as the representative for the Chris Waller stable.

The winner of eight of her 10 starts in Perth, Enticing Star joins fellow Peters-owned mare Arcadia Queen, who has already secured the slot held by The Star.

Peters has transferred both mares to Waller for their respective Sydney spring carnival campaigns and confirmation Enticing Star will fill the trainer’s Everest slot is a coup for the high-profile owner, who has been gunning to get both mares into the elite field.

“We sent her over to Sydney with the intention of securing a start in the race because we firmly believe that she will be very competitive in a race of that standing,” Peters said of Enticing Star.

“We are thrilled to have Enticing Star join Arcadia Queen as our two runners in this year’s Everest.”

The news comes a day after Godolphin was revealed as the successful bidder on the vacant slot formerly held by Jadeskye Racing and the surprise announcement the Australian Turf Club has sold its spot to the Melbourne Racing Club.

The winner of the MRC’s Schillachi Stakes will be the club’s representative in the Everest field.

Enticing Star has firmed from $26 to $15 for the Everest while Arcadia Queen is an $11 chance.