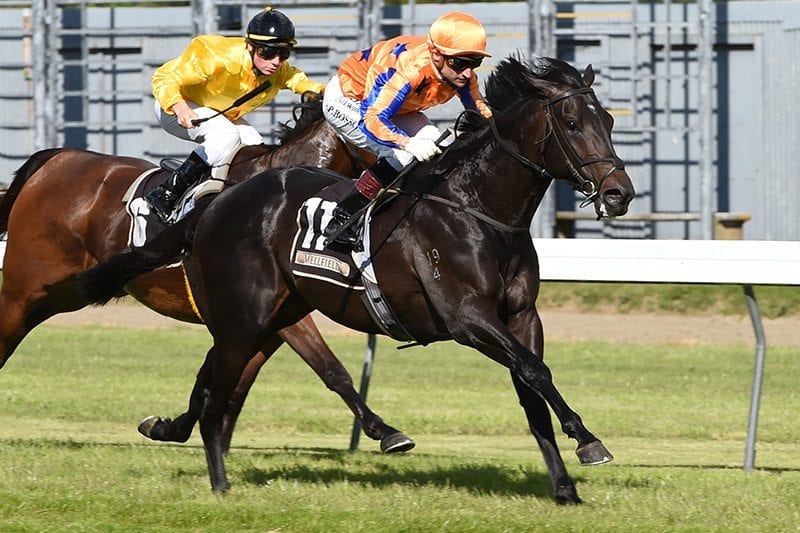 A bolder showing is expected from the leading New Zealand three-year-old Embellish in the Gr.1 Australian Guineas (1600m).

The Savabeel colt has taken significant benefit from his lead-up run for sixth in the Gr.3 C.S. Hayes Stakes (1400m) at Flemington last Saturday.

“He’s come through the run really well and we couldn’t be happier with him,” Te Akau principal David Ellis said.

“There is quite a lot of improvement in him, it was his first run in Australia and he will definitely appreciate the step up to a mile.”

Embellish didn’t feature among the first entries for the Guineas, to be run at Flemington on Saturday week, due to an administrative oversight.

“He will be nominated and he will be running,” Ellis said.

The Stephen Autridge and Jamie Richards-trained colt has won three of his seven starts, including a dominant display at Riccarton in the spring to claim the Gr.1 New Zealand 2000 Guineas (1600m).

Meanwhile, his stablemate Age Of Fire will run at his home meeting on Saturday in The Proisir 1400m ahead of a trip to Australia.

“He has been working really well and he will go over to Sydney to be aimed at the Randwick Guineas and the Derby,” Ellis said.

By Fastnet Rock, Age Of Fire hasn’t raced since he won the Gr.1 Levin Classic (1600m) at Trentham last month.

“He will be racing in the colours of Brendan and Jo Lindsay on Saturday, they have bought half of the horse and he will stand at Cambridge Stud in the future,” Ellis said.