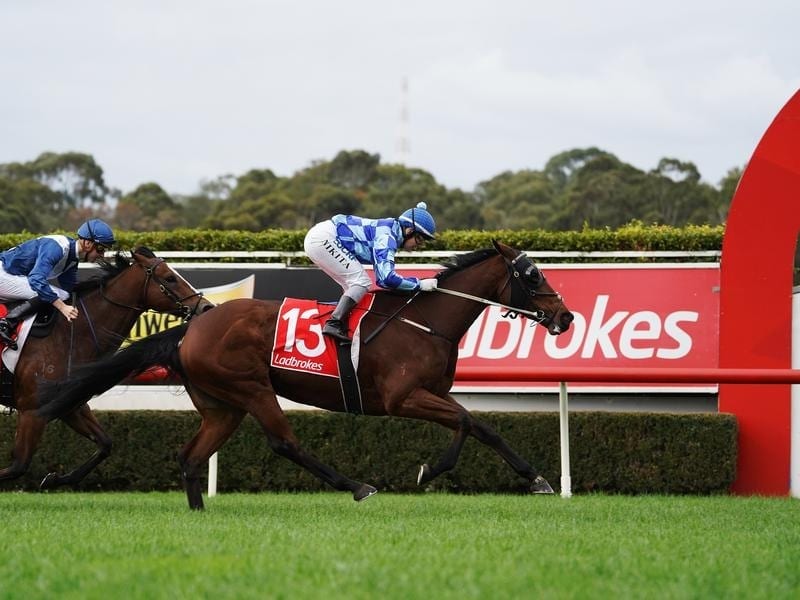 El Questro (r) will be out to add to her winning record when she returns to Flemington.

Coming off two city wins at Sandown to start her winter campaign, El Questro was the $3.20 favourite in the Leilani Series Final on July 6 but after getting held up on the fence in the straight she finished a close second to Miss Mandito.

El Questro had been bidding to give her trainer, who also bred the mare, her first Flemington winner after Sheehan had come close with Tackleberry, a relation to El Questro, five years earlier.

El Questro gets another opportunity to post a Flemington win in Saturday’s RMBL Investments Rising Stars Final (1400m), with Chelsea Hall picking up the ride on the $5 favourite in the race restricted to apprentice jockeys.

“I know the weather has been cold but you can see improvement in her coat and her overall condition since her last start, so I think she’s still on the way up,” she said.

“It’s a similar group of horses that she has been racing against and some similar form lines. So I think she should be hard to beat again.”

El Questro is the only foal produced by the mare El Rayo, who Sheehan also trained.

She also prepared some of El Questro’s extended family including Tackleberry who was her first city winner.

“I bred her. She’s the last one in that family and they have won a heap of races for me,” Sheehan said.

“I’d be hoping that she can do enough on the track that it warrants us breeding from her. But we’re not going to be in a rush to retire her. I’m hoping there’s quite a few years of racing in her yet.

“She’s quite a big, heavy boned mare so we’ve just given her time.

“That’s why this will only be start number 20 and she’s about to turn six.

“We’re hoping the next 12 months she really has her best season.”