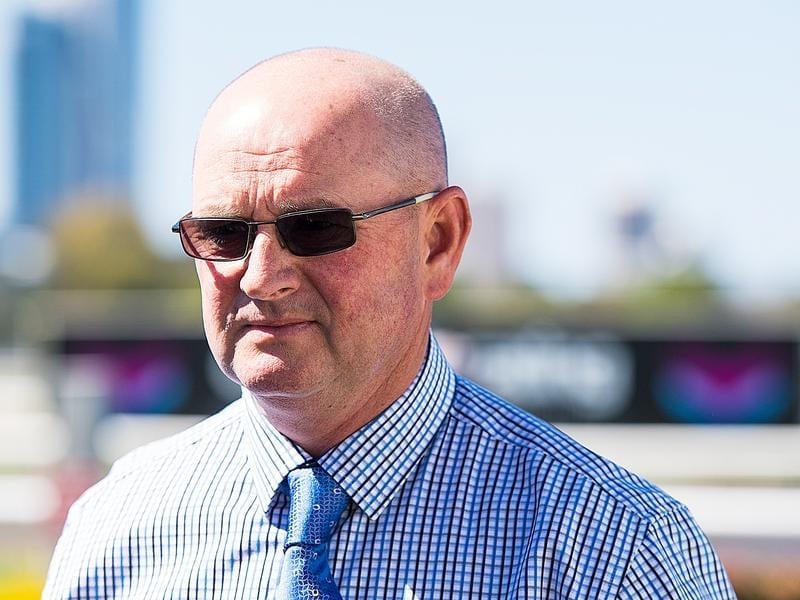 Trainer Toby Edmonds is looking to Plucky Girl to continue her good form at Doomben.

Consistent mare Plucky Girl has had two strong trials as she prepares for another major step in her surprising career.

Trainer Toby Edmonds admits Plucky Girl continues to surprise him as she steps up to new challenges with her record for 21 starts standing at eight wins and 11 minor placings as well as a fourth.

“Her only relatively poor run was on a very heavy track at Doomben last year,” Edmonds said.

Plucky Girl’s best win was in the Tamworth Cup in April with her only run since a third in the Listed Waterhouse Classic at Ipswich in June.

The mare gets another shot at a stakes race in the Listed Legacy Classic (1200m) at Doomben on Saturday.

“The Ipswich run showed she is up to Saturday’s type of race and she has had two trials running second in both,” Edmonds said.

“Obviously with all mares you want a black-type win and hopefully she can get one this campaign.”

She will be ridden by Ryan Maloney whose win on Silverlink at Ipswich on Wednesday was his 46th since he moved to Queensland from Melbourne in August.

Although Saturday will be Maloney’s first race ride on Plucky Girl, he was aboard for the first of her two recent trials.