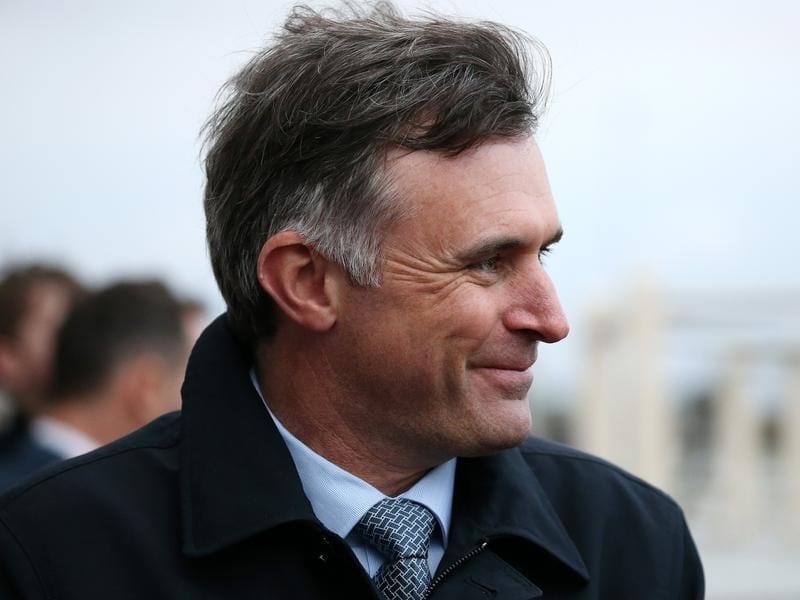 Co-trainer Tom Dabernig hopes Furrion and Alfarris will do better with a step up in distance.

Lindsay Park is hoping a rise in distance will suit the stable’s two runners in the Easter Cup at Caulfield.

Furrion and the imported Alfarris are stepping up from 1600m to the 2000m of Saturday’s Group Three race.

After a pleasing fifth over 1400m at Flemington on March 2, Furrion was favourite when 13th behind Haripour in the Golden Mile at Bendigo on March 30.

Co-trainer Tom Dabernig was disappointed in Furrion’s performance and is hoping for better.

“First-up we went back on him over 1400 metres and it was an acceptable run and we thought he would improve, but at Bendigo he just didn’t fire,” Dabernig said.

“He went right back from the wide barrier and just never ran into it.

“Hopefully over the 2000 metres we can be a little bit more positive and he might be ready to be put into the race.

“He looks a lovely horse. He’s got a good temperament, is sound and an athletic type of horse, but hasn’t fired as yet.”

Dabernig said Alfarris had run fairly when fourth on his Australian debut behind Balf’s Choice at Morphettville on March 30.

Alfarris is raced by Shadwell Stud which has had considerable success previously with European imports including Melbourne Cup winners At Talaq and Jeune.

Dabernig said Alfarris possibly found the 1600m too sharp at Morphettville and was ready to go straight to 2000m.

“He’s possibly on a Cups campaign and he’s typical of those European imports,” Dabernig said.

“He’s hard to get a gauge on. He’s a lazy horse at home but I think the run in Adelaide has switched him on.”

Dabernig said the pair had been sent to the Flemington stable since their latest outings.

“We’d been training them at the farm and both had beautiful build-ups but I think they’re ready for a bit more stimulation,” Dabernig said.

“Hopefully being second and third-up they’ll be ready.”

The Easter Cup has 23 nominations with Ambitious heading the weights with 59kg.

Furrion is sixth in the ballot while Alfarris is 19th, with a field limit of 16 plus emergencies.