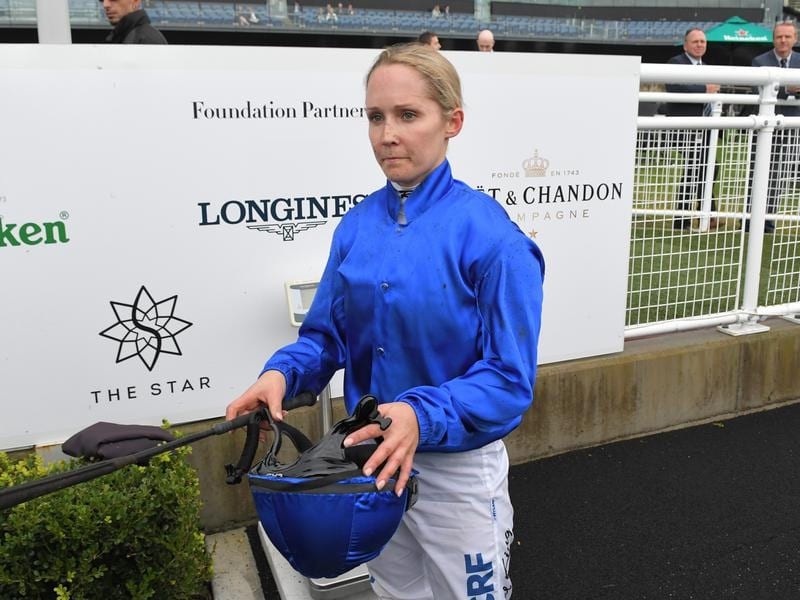 Rachel King has landed a Randwick double for Godolphin that included Deprive in the June Stakes.

Deprive’s rise through the grades to his first stakes win at his first attempt sets him up for bigger and better things in the future.

The Godolphin four-year-old has won his past four starts and his two this preparation with Rachel King aboard, with the jockey giving him a patient ride in Saturday’s Listed June Stakes (1100m) at Randwick.

With the $2.30 favourite behind horses. King bided her time and resisted the temptation to steer wide with the gaps eventually coming her way.

She steered the gelding between horses and Deprive came out the winner over Bon Amis ($8.50) after that horse came wide on the heavy track.

Darren Beadman greeted Deprive in the winner’s stall with trainer James Cummings in Brisbane to celebrate Trekking’s win in the Group One Stradbroke Handicap at Eagle Farm.

“Deprive has been a model of consistency,” Beadman said.,

“James doesn’t throw them in the deep end too early.

“This puts him in good stead for races like this in the spring.”

The former champion jockey also praised King’s ride after offering her some advice.

“I said to her to get him in a good rhythm and to have him balanced,” Beadman said.

“The key factor on wet tracks is to keep horses balanced.

“Rachel is riding in stellar form.

“And to be fair he is probably running against horses he is a little bit above ability-wise.

“Come spring time he could pick off some good races.”

King, who earlier rode Deprive’s stablemate Gong to win a 1200m-race on the program, said Deprive had a bit on his rivals.

“He makes my job easier,” she said.

“He is better on a better track and was not as comfortable around the turn so I had to take my time.”