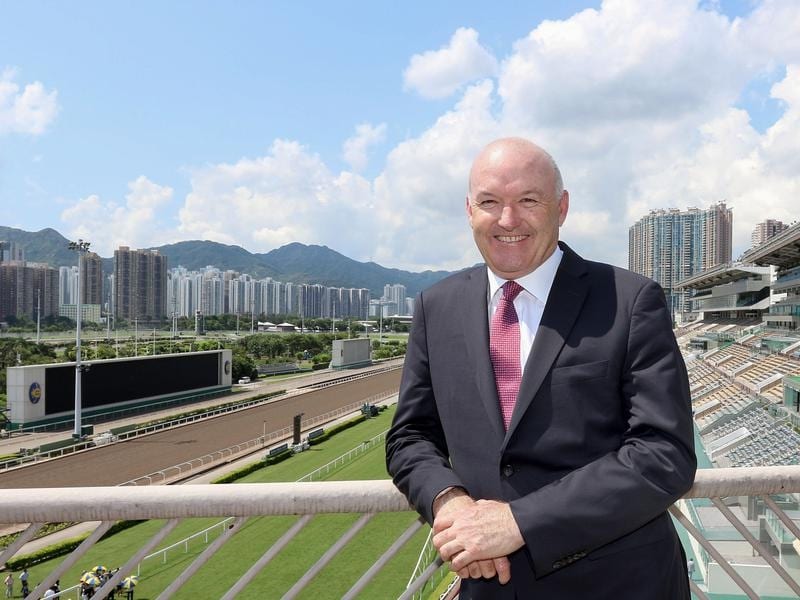 Trainer David Hayes is excited to be returning to Hong Kong where he will be based from next season.

David Hayes says it has always been his intention to return to Hong Kong to train and he is grasping the opportunity.

The champion trainer announced on Tuesday he was to take up a contract next year after leaving in 2005 because of family reasons.

He came back to Australia after the deaths of his elder brother Peter and his father Colin.

Since his return he has rebuilt Lindsay Park at Euroa in Victoria after it was originally based in South Australia.

“I only ever left Hong Kong because of the tragic situation of my brother dying and my father passing away within a matter of 18 months,” Hayes said.

“I always made my intentions clear that I would like to come back one time and then I was thrilled to get a call a couple of months ago and it took me probably 15 seconds to make the decision and say yes.

“I think opportunity only goes past you occasionally and you have to catch it.”

Hayes spent a decade in Hong Kong from 1996 and won two premierships and many top level races.

He said he was excited about the development of the Hong Kong Jockey Club’s operation at Conghua on mainland China.

“I’m dying to see how Conghua Racecourse evolves,” he said.

“China really interests me. It’s opened up for the Hong Kong Jockey Club and I’m looking forward to seeing Conghua in the flesh, but it looks wonderful.

“I’ll be opening a stable there as soon as I’m allowed to. I’ve been training in stables in different locations all my life so it won’t be a huge challenge for me.

“I think it’s a great option to take your horses from the Sha Tin set-up and have a different environment for the horses,”

In recent years, Hayes has trained in partnership with his son Ben and nephew Tom Dabernig who will remain at the helm in Australia.

“It will be business as usual in Australia until definitely May and then it will depend on what stables are available in Hong Kong as to when I start putting my team together,” he said.

“Hopefully, I’ll have them in full training for the start of next season.”

A vacancy in Hong Kong has opened up with the compulsory retirement of multiple championship winner, ex-pat Australian John Moore, at the end of this season.

Moore, whose tenure was extended five years beyond the normal retirement age of 65, indicated earlier this year he would like to continue training in Australia, preferably Sydney.