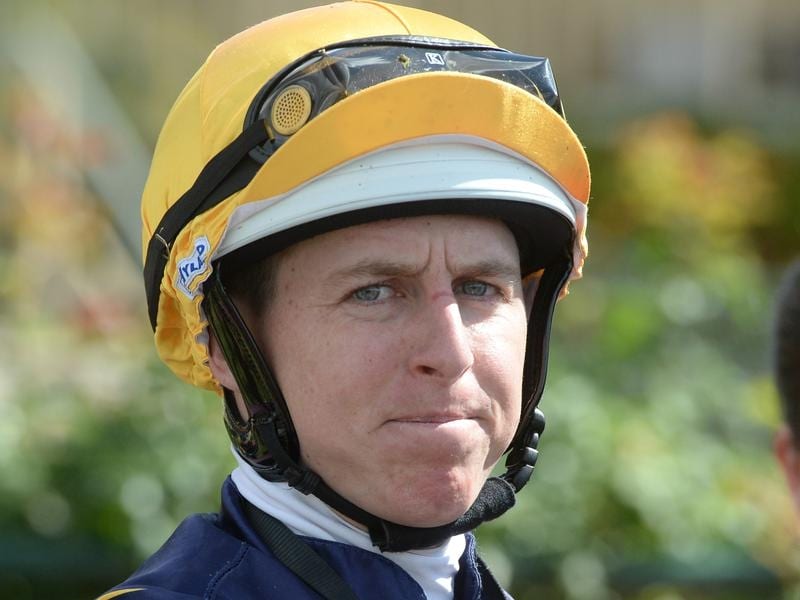 Damian Lane is making the most of further opportunities in Japan after a successful 2019 stint.

Australian jockey Damian Lane is preparing to extend his latest stint in Japan, starting from the Japanese Oaks meeting.

Lane has been riding out of Tokyo on a four-week contract but the Melbourne-based jockey is confident his overseas licence will be renewed for a further two months.

Since arriving in Japan in April, Lane has been in brilliant touch and he is fresh from collecting a Group Two victory in Tokyo at the weekend.

“It should all go through this week,” Lane said.

“But I’m expecting (a new licence) to go through on Wednesday and hopefully line up in the Oaks on Saturday on a nice filly that I won a Listed race on last start.”

Lane rode with success in Japan last year in a move that paid rich dividends during the 2019 Melbourne spring carnival.

He had the inside running for mounts on the Japanese contingent in Melbourne and duly landed Caulfield Cup and Cox Plate wins on Mer De Glace and Lys Gracieux respectively.

Lane has kicked home 21 winners from 71 rides over the past month and he will be on the Deep Impact filly Des Ailes for trainer Yasuo Tomomichi in the Japanese Oaks.

With Lane in the saddle, Des Ailes won the Sweetpea Stakes, an 1800m lead-up race to the Classic over 2400m.

“This year I have kicked off where I Ieft off last year so it’s been great,” Lane told radio station RSN.

“And I’m really looking forward to what the next couple of months have in store.”

A horse familiar to Australian racegoers will also among Lane’s rides with the jockey confirming a booking for Danon Premium.

Danon Premium raced during The Championships at Randwick in April, finishing third in the Queen Elizabeth Stakes.