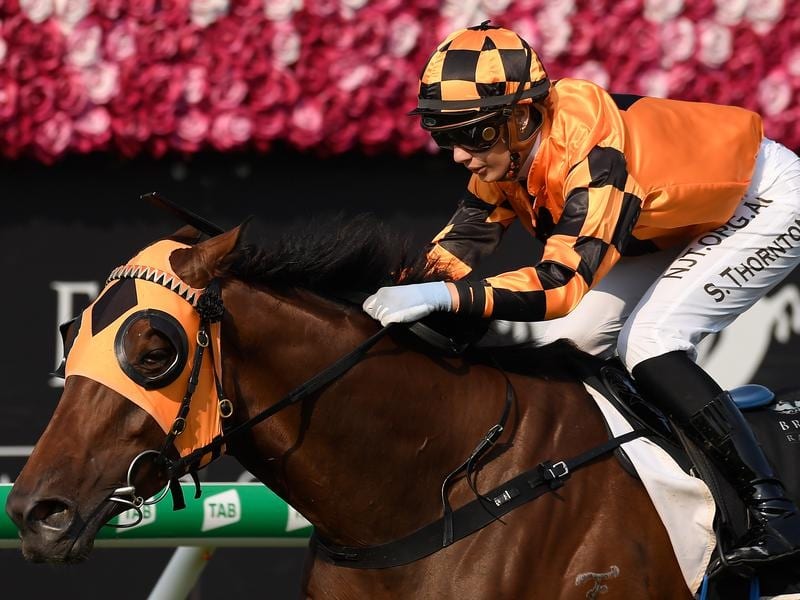 Eagle Farm 1400m-record holder Cruze can shine when he returns to his pet course and distance.

The talented Cruze gets the chance to return to the winners’ list when he runs over his favourite course and distance at Eagle Farm.

Cruze’s summer campaign has been hamstrung by unsuitable distance options but he gets back to 1400m in Saturday’s Open Handicap.

He has since finished unplaced in the Magic Millions Cup before a third over 1600m at Eagle Farm.

Trainer Barry Lockwood was forced to drop him back to 1200m at Eagle Farm last Saturday week when he was unsuited by a slow early tempo.

The winner of that race, Mishani El Lobo, ran 1.10.93 which was the slowest open company 1200m on a dry track this season.

“They walked early and then the winner got home in sub 34 seconds which made it impossible for us to run him down,” Lockwood said.

Cruze will carry top weight of 58kg after the handicaps were raised 2.5kg when trainer Kris Lees did not accept with Hallelujah Boy.

Lockwood has also claimed on stayer Art Attack who steps up in class in the Events @ BRC Handicap (2200m).

“He has been consistent and was paying for it at the weights,” Lockwood said.