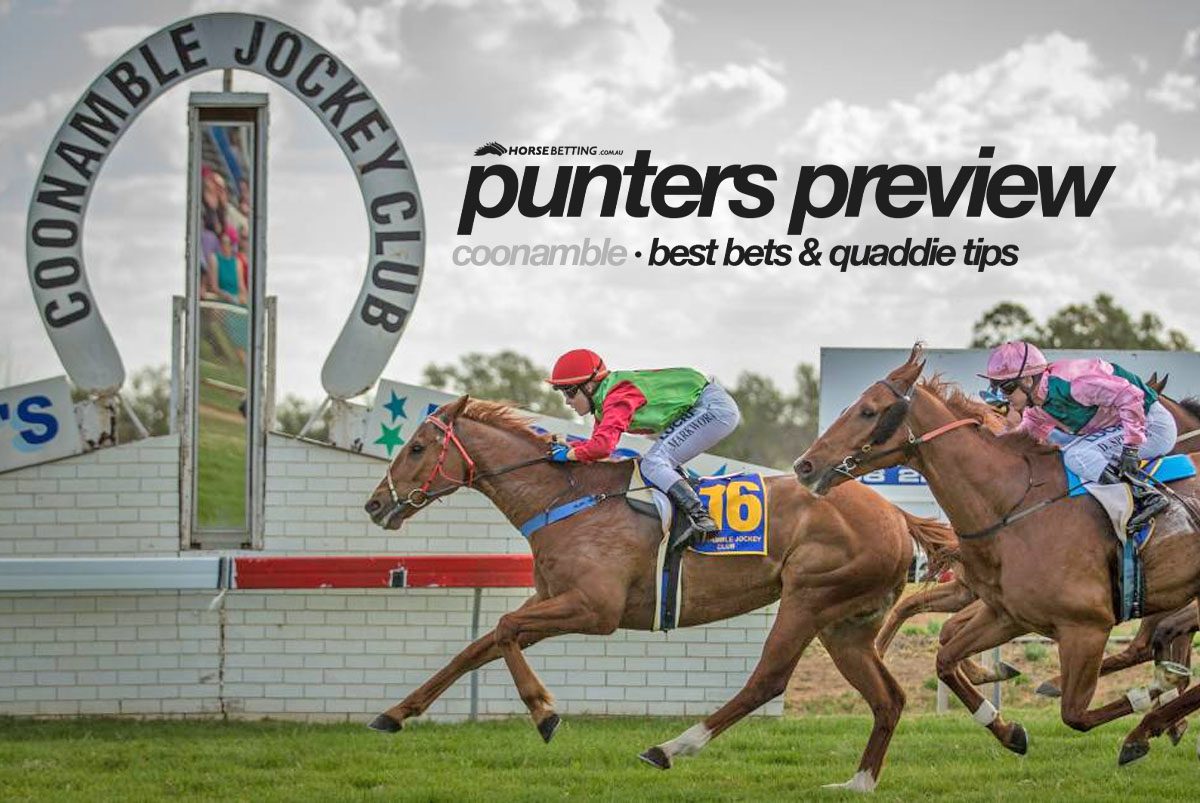 On Sunday, a ten-race program heads west to Coonamble for the last heat of the Country Championships, before the Wild Card race is run at Scone next Sunday and the $500,000 Final a fortnight later at Royal Randwick. HorseBetting’s New South Wales form analyst presents you with his best bets, value bet, top pick in the Country Championship Qualifier and his quaddie numbers. The Coonamble track is currently rated a Good 4 and the rail is in the true position for the entire course. Racing is scheduled to begin at 12:15pm AEDT.

Dubbo trainer Clint Lundholm is set to saddle up five runners in this race, with Amulet ($3.40 with horse betting sites) the best winning chance of that bunch. The four-year-old gelding won back-to-back races this preparation before falling short at his most recent start, running second to the impressive Ezekeil at Quirindi on February 18 over 1200m. Lundholm has sent this son of Epaulette back to the trials since then where he was a good winner at Dubbo over 1100m, which should have put enough fitness in his legs for him to be winning over 1400m, while Hugh Bowman heads out there for the ride which looks a brilliant booking given his class.

In the first race of the day, Lyle Chandler and Jackson Searle combine with Last Bid Liam, an impressive last-start winner. The two-year-old colt broke his maiden in fine style at Dubbo on February 13, leading all of the way to record at 1.6-length victory. On debut, the son of Shalaa ran third at Newcastle in the Max Lees Classic behind Russian Conquest, who is one of the fancied runners for next Saturday’s Golden Slipper, so we like to think a horse that got within three quarters of a length of her can be winning at Coonamble on a Sunday. Searle will take him to the front once again and he should prove hard to run down once again. He can go on with it now.

Bjorn Baker and none other than James McDonald combine in the third race at Coonamble on Sunday, with four-year-old entire, Father’s Day. The son of Galileo began his career in Ireland, before joining Baker’s stable at the beginning of the year, which saw him make his stable debut at Mudgee on February 27. While Father’s Day couldn’t get the job done then, he did run a brilliant second behind Miss Santorini over 1400m. He stays at 1400m, finds a much easier race and gets McDonald on his back, so he should be winning.

Rodney Northam and Reece Jones team up in the fifth race of the day with Love Rules, who comes out of the same race as Father’s Day. This three-year-old filly has only had three starts in her career, for just the one third placing, but she looks to be knocking on the door this prep. The daughter of Pierro has drawn favourably in barrier one for Reece Jones, but the only concern is that this filly has rarely shown any gate speed, so we just hope she doesn’t get buried on the fence from there. Northam has opted to put winkers on for the first time and she does rise to 1600m, so that could be an indication that she will race handier on Sunday, which will put her right in the finish.